The Home Ministry is now set to be entrusted with setting up a trust that will build the Ram temple in Ayodhya, giving Shah the opportunity to add another feather to his cap. 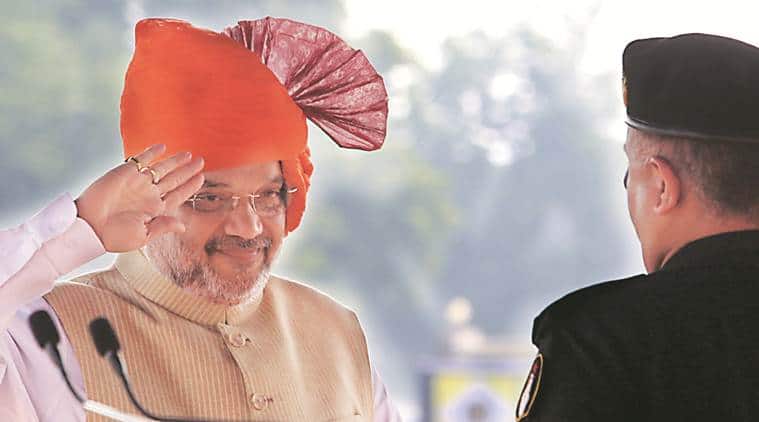 In less than 70 days after it returned to power, the BJP-led government with Amit Shah as the Home Minister implemented one of its three core agendas — scrapping of Jammu and Kashmir’s special status under Article 370, building a Ram Temple and bringing in a Uniform Civil Code — that it had kept on the backburner in its earlier term.

The Home Ministry is now set to be entrusted with setting up a trust that will build the Ram temple in Ayodhya, giving Shah the opportunity to add another feather to his cap.

The judgment by the the five-member bench of Supreme Court says: “The central government shall, within a period of three months from the date of this judgment, formulate a scheme pursuant to the powers vested in it under Sections 6 and 7 of the Acquisition of the Certain Areas at Ayodhya Act 1993.

The scheme shall envisage the setting up of a trust with a Board of trustees or any other appropriate body under Section 6. The scheme to be framed by the Central Government shall make necessary provisions in regard to the functioning of the trust or body including on matters relating to the management of the trust, the powers of the trustees including the construction of a temple and all necessary, incidental and supplemental matters.”

The order says possession of the land is to be handed over to the Board of Trustees. This Act was piloted by S B Chavan, then Home Minister, a month after the demolition of Babri Masjid in 1992. According to the Act, the central government has the power to appoint a trust or body for managing the 60.70 acre land surrounding the disputed land of 2.77 acre.

Home Minister Amit Shah’s speech in Rajya Sabha explaining the government’s decision to scrap J&K’s special status saw him emerge as the man of action in the party. He led the government from the front, establishing himself as a bold leader in RSS and BJP circles. The Supreme Court verdict in Ayodhya case gives him a chance to cement this image.

After the demolition, the P V Narasimha Rao government had acquired the land, planning to build a “a Ram temple, a mosque, amenities for pilgrims, a library, museum and other suitable facilities” in Ayodhya. This empowers the Home Ministry to act on the order.

The scrapping of the special status of Jammu and Kashmir had long been a top agenda of the BJP and RSS and Shah’s move on the issue in less than 70 days after he took charge saw him emerge as a decisive Home Minister.

Following the verdict in Ayodhya case and the task cut out for the Home Ministry, Shah will now play a crucial role in fulfilling another long-pending agenda of the BJP. Party leaders said the government would now move towards bringing in a Uniform Civil Code.