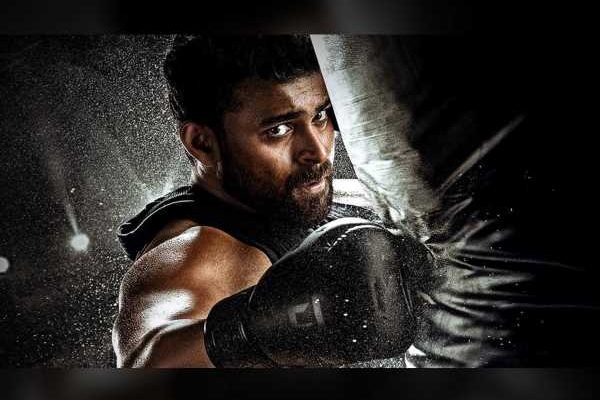 Few days ago, Mega Prince Varun Tej shared a glimpse of his transformed physique from his upcoming boxing based Telugu film, Ghani. Stunned by the actor’s beefed-up body,  Mega fans said he looks like a beast. Being directed by debutant Kiran Korrapati, Ghani is being bankrolled by mega producer Allu Aravind along with Allu Venkatesh and Sidhu Mudda. The film will mark the Telugu debut of Dabangg lady Saiee Manjrekar and it also stars  Bollywood actor Suniel Shetty and  Kannada actor Upendra. Ghani is one of the much hyped movies of Tollywood and many digital streaming giants had already held talks with the makers to acquire the rights of Varun Tej starrer.

Now according to the latest buzz in the film industry, Allu Aarvind’ Aha has acquired the digital and satellite rights of  Varun Tej starrer sport based movie Ghani for a whopping  price of Rs 24 crores.

Recently during the media interaction, Varun Tej said that he would work closely with a trainer from Mumbai to shed weight. His  boxing trainer would be flown in from Los Angeles.  He had played different characters so far but this was the first time he would be required to change himself physically for the sake of a character.