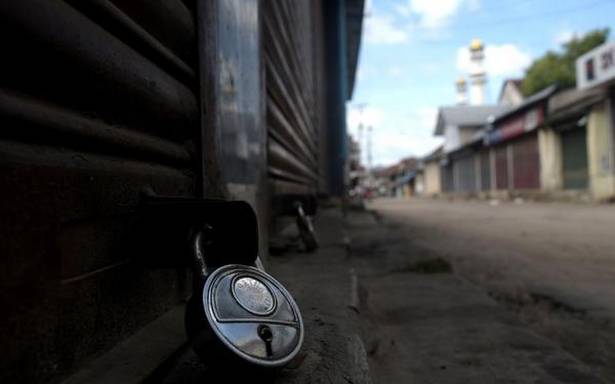 The District Industries Centre (DIC) here will provide aid to revive closed industrial units in the district. The DIC will give up to ₹15 lakh for the restoration of industries that have been lying closed for more than six months and have the potential for revival.

The industrial resurrection scheme is being implemented by the State Department of Industries and Commerce under a programme titled Revival and Rehabilitation of Defunct MSMEs (Micro, Small, Medium Enterprises) and Cashew Processing Units.

Industrial units that stopped functioning because of the ban on plastic will be exempted from the six-month-closure clause. The DIC will offer capital grants and working capital incentives for the revival of the MSMEs. When

Up to 50% margin of the working capital will be given in this scheme. The aid in this segment will be limited to ₹2 lakh for defunct MSMEs and ₹5 lakh for cashew units. For working capital revival, there should be loans from approved financial institutions. For the renovation of building, plant, machinery and electrification, it is not mandatory to have a loan.

Applications can be submitted in the prescribed format with the necessary documents to Assistant District Industries Offices in the Palakkad, Ottapalam, Mannarkkad, Chittur and Alathur taluks. The applications

should be recommended by Industries Development Officers of block panchayat and municipal offices.

The defunct industries getting financial aid from the DIC should resume functioning in three months and should continue at least for three years. Failure in this can invite legal proceedings and punitive action, said the DIC general manager.