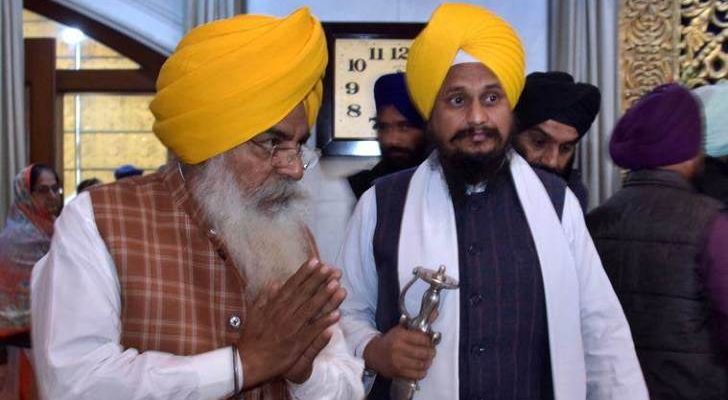 Speaking on the occasion, Giani Harpreet Singh, Jathedar of Akal Takht Sahib, criticised the “attitude of Government of India towards Sikhs and asked the government to change its mind towards the minorities”. Akal Takht Jathedar Giani Harpreet Singh said that Sikhs will remeber for next 100 years that they were stopped from going to Nankana Sahib on the 100th anniversary of massacre.

The Shiromani Gurdwara Parbandhak Committee (SGPC) observed the first centenary of the massacre that happened 100 years ago to free Gurdwara Sri Nankana Sahib, the birth place of Guru Nanak Dev Ji, from mahants.

The Akal Takht jathedar had to lead a Sikh Jatha to Nankana Sahib, Pakistan, to observe the anniversary, but the Home Minister denied permission to the Jatha at the last moment.

The Akal Takht jathedar attended alternative event for masscare anniversary on Sunday at Godharpur village in Gurdaspur district of Shaheed Bhai Lachhman Singh Dharowali who led the group of Sikhs to Nankana Sahib at the time of the massacre.

The event was attended by 32 families of martyrs who sacrificed their lives during the massacre.

Speaking on the occasion, Giani Harpreet Singh, Jathedar of Akal Takht Sahib, criticised the “attitude of Government of India towards Sikhs and asked the government to change its mind towards the minorities”.

He said, “Today hate is being spread against us. Then we will be thrashed. But Sikhs can’t be executed because even Aurangzeb failed in it. Sikhs are inspired by their glorious history to fight for rights and truth. Attempts have been made to end Sikhs politically, socially, economically, and religiously since 1947. Our existance is in danger and it is a must for the community to stand unitedly.’’

The Akal Takht jathedar said, “The Government of India has once again reminded us of the pain of Saka Nankana Sahib which took place a hundred years ago. The attitude of the Central Government towards observing the centenary of Saka Nankana Sahib at the birth place of Guru Nanak is the same as that of the British. The Government of India did not allow Jatha (group) to go to Pakistan due to full participation of Sikhs in the Kisan Andolan (farmers’ movement) but the government was under the illusion that Sikhs would withdraw support from the movement.”

He said, “The Government of India is following the same path as the British used to do a hundred years ago. This is not in the interest of the country and the government should realise that every citizen living in this country has equal rights.”

Giani Harpreet Singh said, “The unity is the need of the hour and the Sikh community should forget differences and show qaumi unity.”

Shiromani Akali Dal president Sukhbir Singh Badal was present at the function. Speaking before the Jathedar, he raised questions on the ‘silence’ of Punjab Chief Minister Capt Amarinder Singh on this issue.

Libraries in villages of martyrs

SGPC president Bibi Jagir Kaur announced the setting up of a langar hall and library for Gurdwara Sahib at Godharpur at the village of Shaheed Bhai Lachhman Singh Dharowali.

“Libraries would be set up in the towns belonging to the martyrs of Saka Nankana Sahib and at the same time religious teachers would be provided in the schools of these towns,” the SGPC president said.

Bibi Jagir Kaur also announced the conduct of research to provide information about the history of Sikh martyrs and their families in order to restore the sanctity of gurdwaras.

The Akal Takht Jathedar issued an edict to all the members of Shiromani Gurdwara Parbhandak Committee and Delhi Sikh Management Committee members to organise religious congregations in their constituencies in the period of one month to remember Nankana Sahib martyrs and also must tell devotees that govt didn’t allow Sikh Jatha to visit Nankana Sahib.

Giani Harpreet Singh was speaking from Akal Takht on Sunday evening during an event organised at Akal Takht to remember Nankana Sahib martyrs.