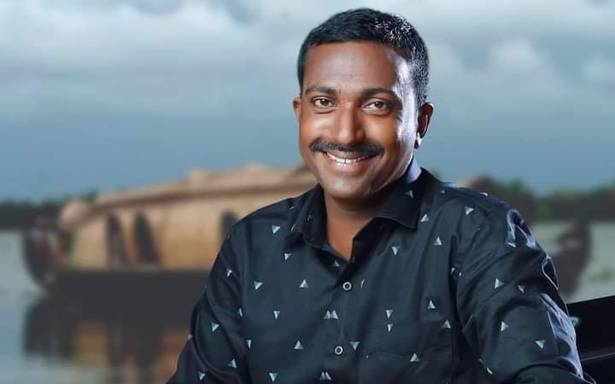 The Kerala police have moved for the preventive detention of the Social Democratic Party of India (SDPI) and Bharatiya Janata Party (BJP) leaders in the wake of the tit-for-tat political killings in Alappuzha.

A senior official said the targeted slaying had raised the communal temperature in the State. Extreme fringe elements on either side of the religious spectrum could exploit the charged atmosphere to foment trouble, he said.

Hence, the force has deployed in strength in localities with a history of communally tinged political violence to prevent vested interests from weaponising the “dangerous mood”.

State police chief Anil Kant said the police would not allow political violence to spin out of control. “We are moving fast and hard for the custody of potential trouble makers,” he said.

Mr. Kant also announced the formation of a Special Team under Additional Director General of Police, Law and Order, Vijay Sakhare, to investigate the case.

The police chief has ordered overt and armed police presence on the streets at night. Earlier, the district administration had imposed prohibitory orders in Alappuzha. In sensitive localities, the police have posted pickets in front of the BJP and the SDPI offices.

Deputy Inspector General of Police Harshita Attaluri was camping in Alappuzha. An investigator said the twin murders had the imprint of a “mafia-style hit-and-run operation”.

For one, the police suspect that the assailants had used an ambulance to carry out the hit on BJP leader Ranjith Sreenivasan.

Hours earlier, unknown persons had supposedly used a car to ram the scooter driven by SDPI State secretary K. S. Shan before hacking him to death, according to police.

The police have drawn flak from the Congress-led United Democratic Front (UDF) Opposition for failing to prevent the murders.

After Shan’s murder, the district police had failed to swamp the streets with police to prevent the retaliatory killing of Sreenivasan. Both crimes had occurred in a span of hours and within a radius of fewer than 20 km.

Mr. Sudhakaran said the Communist Party of India (Marxist) had wooed the SDPI and the BJP votes to defeat the Congress in the 2021 Assembly election.

The police had repeatedly failed to act on incendiary speeches and inflammatory sloganeering by fundamentalist outfits.

The Government had given “free rein to extremist elements” for short-lived political gain, he said.

Leader of the Opposition V. D. Satheesan said the Alappuzha murders were the latest fall-out of the CPI(M) attempt to woo extremist organisations and influences. Mr. Vijayan had termed the tactic “lovingly as social engineering”. The process had begun in the run-up to the 2021 Assembly election. The UDF asked the BJP and the SDPI to “forsake the path of violence”.