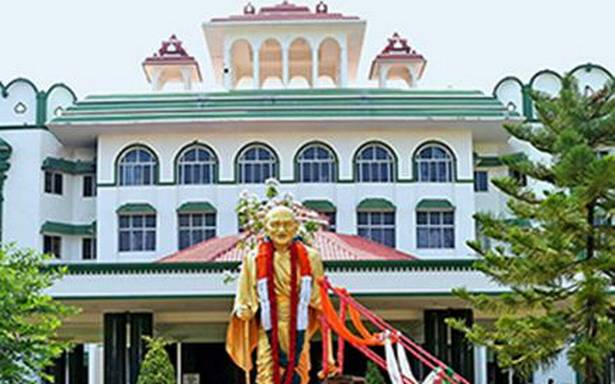 “It is somewhat alarming that the State through its police fired at unarmed protesters and no one is booked some three years after the incident,” the Madurai Bench of the Madras High Court observed on Friday on the Thoothukudi police firing incident, in which 13 anti-Sterlite protesters were killed in May 2018.

A Division Bench of Chief Justice Sanjib Banerjee and Justice T.S. Sivagnanam observed, “It may not augur well for a civilised society governed by the constitutional principles that we have to merely throw money at the families of the victims [as compensation] and give closure to an incident of possible brutality and excessive police action.”

The court made the remarks while hearing a petition filed by advocate Henri Tiphagne, who sought a direction to the National Human Rights Commission to reopen the case and furnish the investigation report submitted by the investigation team of the NHRC.

The judges directed that the NHRC’s and Justice Aruna Jagadeesan Commission’s interim report to be submitted to the court.

The court took note of the fact that the NHRC had taken suo motu cognisance of the incident based on news reports that the victims’ right to life was grossly violated. Initial observation of the commission referred to the police of having resorted to firing on unarmed protesters without following the Standard Operating Procedure (SOP).

A team of the NHRC’s investigation division conducted a spot inquiry and submitted its report to the commission. A judicial commission was also set up to conduct an inquiry into the cause and the circumstances leading to the incident.

The NHRC had taken note of the fact that compensation was being provided to the families of the victims and the Thoothukudi district administration was taking adequate steps to restore normalcy in the district. The commission closed its proceedings considering these aspects and also the fact that the judicial commission was conducting an inquiry.

Taking note of the submissions, the court observed that there were two aspects. One was the riot and the State remedied the nuisance. But the greater aspect was why there was a riot and what was the punishment deserved for doing it. That part had to be answered to ensure that this kind of incident does is not get repeated.

The court issued notice to the NHRC and the State. The judges said the State’s stand must be clearly spelt out in the counter-affidavit. The NHRC could submit its report in a sealed cover if it feels that it is delicate, the judges said. Given that the matter was of importance, the Chief Justice said it would be taken up at the principal seat in Chennai.