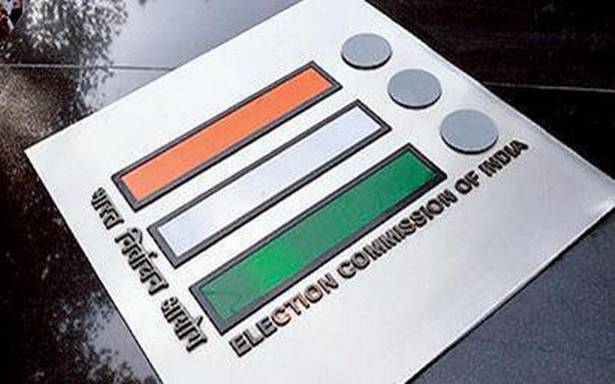 The poll is scheduled to be held on February 27 and March 3 in 60 consituencies.

All preparations have been made for holding election in the 60 Assembly constituencies in Manipur, State Chief Electoral Officer Rajesh Aggarwal said.

The poll is scheduled to be held on February 27 and March 3. The present term of the 11th Manipur Assembly ends on March 19.

Mr. Aggarwal further said that SOPs had been announced because of COVID-19. The number of persons who could go for house campaigns is five. Two persons could accompany a candidate for filing nomination papers and two vehicles would be allowed to enter the office of the returning officer.

Police had started dismantling flags, posters, banners, etc at public places soon after the announcement of election schedule on Saturday.

Meanwhile, the BJP leaders had gone to Delhi with the results of the opinion polls of the party ticket seekers. Some ticket seekers are not happy saying that voters’ list of the BJP members was not approved. Some of the ticket seekers said that if they did not get BJP ticket they would contest as independents or join other parties.

Congress MLA A. Mirabai said, “The BJP will sink during the internal fight after the ticket allotment”. Manipur Pradesh Congress Committee president and MLA N. Loken said, “The BJP is indulging in violence and goondaism as the leaders know that they will suffer defeat”.