The bench of Justices S N Satyanarayana and Archana Puri, in the order passed on Thursday said, “As soon as the report comes, we will look into the same and would pass appropriate orders to ensure that the truth is elicited from the aforesaid exercise.” 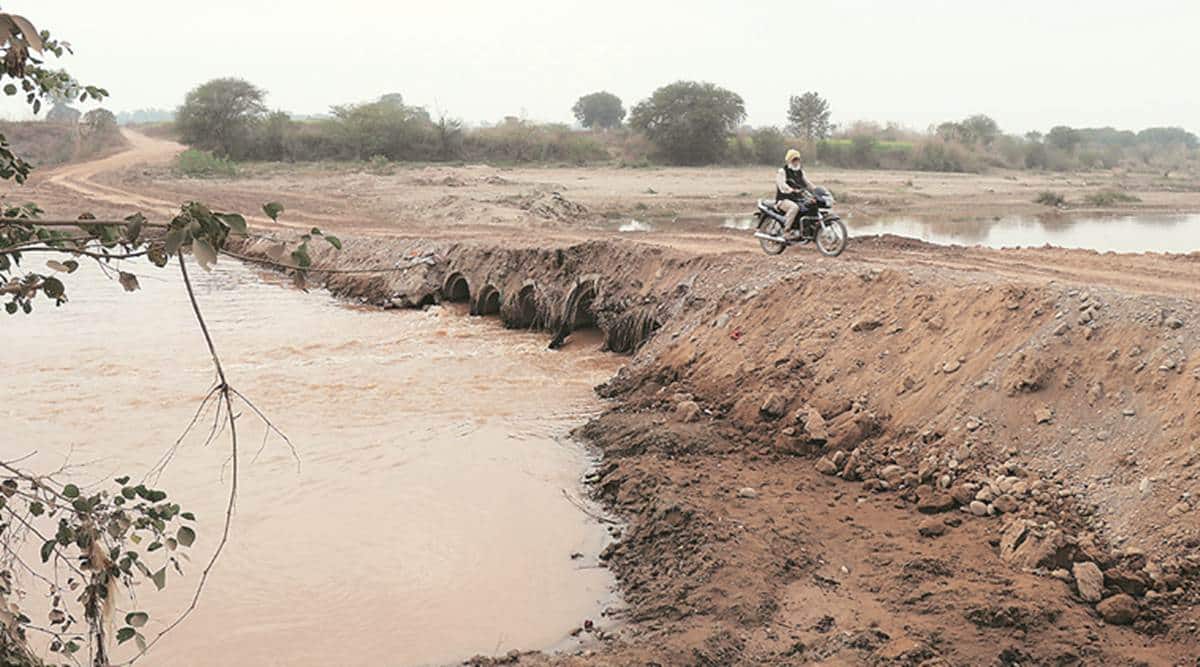 THE PUNJAB and Haryana High Court has sought a report on the allegations of illegal sand mining by the sarpanch of Karira gram panchayat in Mahendergarh district, from Additional Civil Judge (Senior Division), Kanina, within four days.

The bench of Justices S N Satyanarayana and Archana Puri, in the order passed on Thursday said, “As soon as the report comes, we will look into the same and would pass appropriate orders to ensure that the truth is elicited from the aforesaid exercise.”

The bench further stated that if it is found that the allegations and accusations made by the petitioner are true, appropriate directions would be issued to the concerned authorities. The bench also said that if they found out that the director of Mines and Geology, director of Development and Panchayats Department, Haryana and Mahendergarh deputy commissioner were supporting the sarpanch, it “may not also hesitate to initiate proceedings against the three officials as well as Additional Chief Secretary, Haryana, Home Department for giving wrong information to this court”.

The petitioner, Shiv Lal, through his counsel, advocate Mukesh Yadav, had contended before the HC that illegal mining of minor minerals namely sand is going on in Mahendergarh at the hands of Rakesh Kumar, sarpanch of Karira gram panchayat. Advocate Yadav submitted that though the illegal mining has been brought to the notice of the three government officials of the district and other so-called responsible officers of the State, but they have slept over the matter. Hearing the plea, the HC bench thus sought replies from officials concerned in the matter, by the way of filing affidavits.

The bench after hearing the parties said, “we notice that there is an attempt on the part of respondents no.3 (director, development & panchayats department) and 4 (deputy commissioner, Mahendergarh) as well as Addl. Chief Secretary for the State in trying to give different colour to the entire transaction as if there is no illegal mining of sand is going on, on the contrary, the sarpanch has unauthorisedly removed earth from the village land…Though such an attempt is made, the documents which are produced by them would clearly indicate that there is an attempt on their part to mislead this court, in as much as the word sand is used in many places. In fact, learned state counsel also tried to convince us that in the complaint which is given in vernacular language, the word used is mitti (earth) and not sand”.

Adjourning the matter for November 19, the court asked Prateek Jain, Additional Civil Judge (Senior Division), Kanina, to visit the place along with petitioner Shiv Lal, and also along with Ranbir Singh, SDM, Kanina, if he is available and to submit his report to this court within four days.