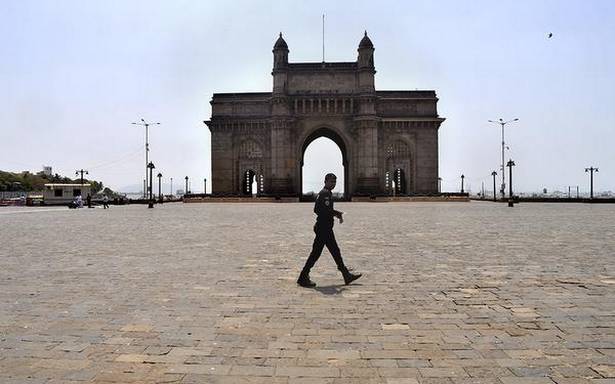 “Of a total of 2,07,15,793 laboratory samples tested thus far, 30,57,885 (with the average case positivity rising to 14.76%) have returned positive with over 1.75 lakh samples being tested in the last 24 hours,” said State Surveillance Officer Dr. Pradeep Awate. The State’s case fatality rate has incrementally dipped to 1.83%.

Mumbai reported 9,879 new cases, taking its total case tally to 4,62,560, of which 66,803 are active. With 21 fatalities, the city’s death toll rose to 11,800. In view of the surging cases, Chief Minister Uddhav Thackeray wrote to Prime Minister Narendra Modi requesting him to allow the vaccination of all above the age of 25 years in the State. Mr. Thackeray also thanked Mr. Modi for accepting his proposal of allowing all people above 45 years of age to be made eligible for the inoculation, a statement from the Maharashtra CMO read.

Mr. Thackeray, in his letter, said that the State had always provided transparent information and increased testing. “We are taking measures with the determination that every COVID-19 patient must be cured. We have put in place some strict restrictions through the ‘Break the Chain’ campaign to prevent the virus from becoming more harmful than last year,” he said.

He added that the State has taken COVID-19 vaccination “very seriously” and that 76.86 lakh people had been vaccinated in the State till April 4, of which 4.62 lakh people were inoculated in a single day on April 3.

As part of its ‘Break the Chain’ drive, the government added other essential services to its April 4 order. These include petrol pumps, and petroleum-related products, all types of cargo services, data centres, cloud service providers, IT and infrastructure-related services, government and private security services, and fruit sellers. However, as per the instructions of the Central government, the employees working in such establishments or concerns will have to be vaccinated.

Until that happens, they will need to carry a negative RT-PCR certificate. A fine of ₹1,000 will be levied on anyone who breaks the rules, read the directive.

Anyone arriving or departing by train, bus or plane between 8 p.m. and 7 a.m. will need to carry an official ticket so that they can travel to stations or home during the curfew. Industrial workers are allowed to come and go between 8 p.m. and 7 a.m. according to their work schedule on the basis of their identity card. If a student taking an exam wants to travel home after 8 p.m., he will have to carry a hall ticket.

Nagpur district in Vidarbha reported more than 3,600 cases as its total case tally reached 2,49,867, of which 55,926 are active. As per State Health Department figures, the district reported 10 deaths to take its death toll to 4,081.