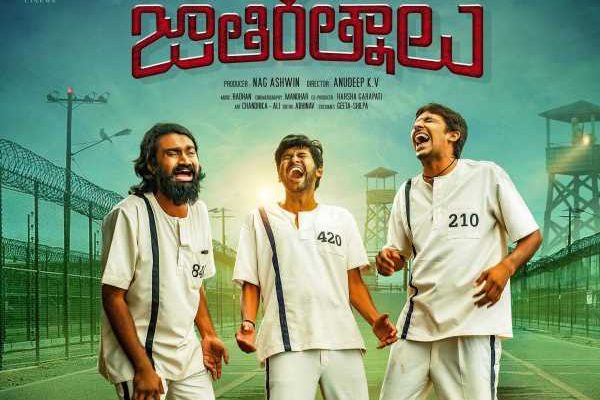 Jathi Ratnalu starring Naveen Polishetty, Rahul Ramakrishna, Priyadarshi and Faria Abdullah was released yesterday on the occasion of Maha Shivaratri and on its opening day, the movie received positive response by the movie lovers and the critics. According to the latest update, Amazon Prime Video bought the digital rights of Jathi Ratnalu and team officially announced Prime Video as its digital streaming platform during the opening credits.

The film Jathi Ratnalu will start to stream on OTT platform in the first week of April month. The hilarious drama is  bankrolled by Mahanati director Nag Ashwin under the banner of Swapna Cinema.

National award winning actress Keerthy Suresh and Arjun Reddy fame Vijay Deverakonda played cameo in this comedy entertainer, which is helmed by Anudeep KV.  The film has the music by Arjun Reddy fame Radhan and the cinematography is handled by Siddam Manohar.