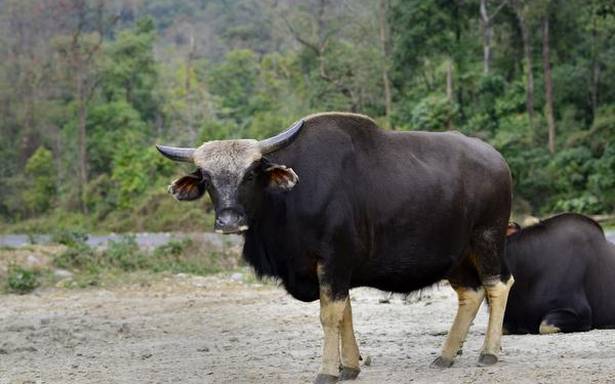 Foot-and-mouth disease (FMD) has struck Arunachal Pradesh amid new COVID-19 infections, affecting semi-wild mithuns in across the central and eastern landscapes of the frontier north-eastern State.

The highly infectious FMD, also called hoof-and-mouth disease, affects cloven-hoofed animals. The viral disease causes a high fever lasting two-six days, followed by blisters inside the mouth and on the feet. The disease is sometimes fatal.

The State’s Animal Husbandry and Veterinary (AHV) Department has assigned teams to assess the extent of the FMD outbreak reported from the central Papum Pare district to the eastern Anjaw district.

They did not specify the number of animals the disease has claimed so far, but locals said at least a dozen mithuns have died in Riga, Pangkong, Riew and Sitang villages of Siang district.

AHV Deputy Director Tachi Taku said the outbreak has been reported from many districts, although the concentration of infected animals is in the districts nurtured by River Siang.

“We had vaccinated more than 1,00,000 animals in the first phase in October 2020. Veterinary officers have reported FMD in some vaccinated cattle and pigs, but the mithuns are the most affected,” he told The Hindu, adding that the department was awaiting vaccines from the Centre for the second phase.

District-level veterinary officials said the difficulty in vaccinating the free-ranging mithuns (Bos frontalis), which graze in the jungles and return occasionally to their owners, could be a reason behind the infection among them.

“The disease was first reported in Upper Siang and West Siang districts. This has spread to border areas of our district. We are keeping a close watch and veterinary teams have started assessing the damage,” Siang Deputy Commissioner Rajeev Takuk said.

A report is expected next week since most of the mountain villages take hours to visit.

Siang district alone is estimated to have about 3,000 mithuns.

This is the second outbreak of an animal disease in the northeast this year. The African swine fever has killed more than 1,200 pigs in Mizoram, causing a loss of about ₹5 crore to farmers in four affected districts in the State.