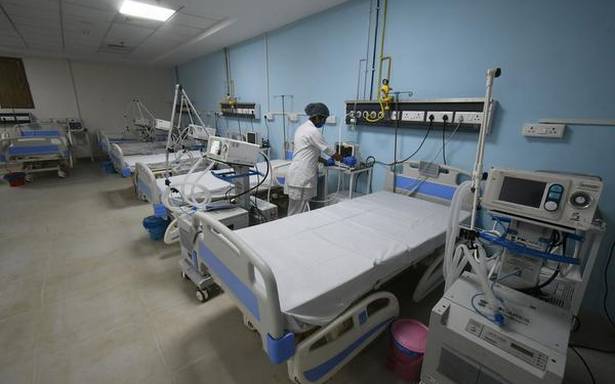 India saw the highest single-day rise of 309 cases of the Omicron variant of the novel coronavirus, taking the country’s tally of such cases to 1,270, the Union Health Ministry said on Friday. It also recorded 16,764 fresh COVID-19 cases and 220 more fatalities due to the viral disease.

Taking cognisance of the surge, Union Health Secretary Rajesh Bhushan and Director-General, Indian Council of Medical Research Balram Bhargava jointly wrote a letter to the States to “increase testing” by employing rapid antigen tests (RAT). The gold standard test for confirming COVID-19 is the RT-PCR. However, the RAT, though less accurate, gives results much faster.

“Based on the previous experience, it has been observed that if the number of cases rise above a certain threshold, RT-PCR based testing leads to delays in confirming diagnosis due to its turnaround time of five to eight hours. Therefore, you are encouraged to increase testing by widespread use of rapid antigen tests (RATs) in such specific situations where RT-PCR testing poses challenges,” the Friday letter notes. “ln addition to healthcare facilities, States and UTs are encouraged to engage appropriate medical and paramedical staff and to set up and operationalise RAT booths, at convenient locations.”

Of the 23 States and Union Territories that have recorded Omicron cases so far, Maharashtra has registered the highest number of 450, followed by Delhi (320), Kerala (109) and Gujarat (97). The daily rise in the number of coronavirus cases crossed the 16,000 mark after 64 days, taking the country’s COVID-19 tally to 3,48,38,804, while the number of active cases of the infection has gone up to 91,361, according to the data.

On Friday, Maharashtra’s COVID-19 surge continued unabated with the State reporting 8,067 new cases on Friday as the active case tally soared to 24,509. There was also a decline in fatalities with eight deaths reported as opposed to the average figure of 20 deaths.

Kerala reported 2,676 new cases on Friday when 60,962 samples were tested. Of the 2,676 cases reported, 2,453 were infected through contact and 42 had arrived from outside the State while the source of infection was yet to be confirmed in 156 persons. As many as 1,399 were breakthrough infections in fully vaccinated citizens and 140 had received the first dose of COVID vaccine while 771 were unvaccinated.

(With inputs from bureaus and PTI)