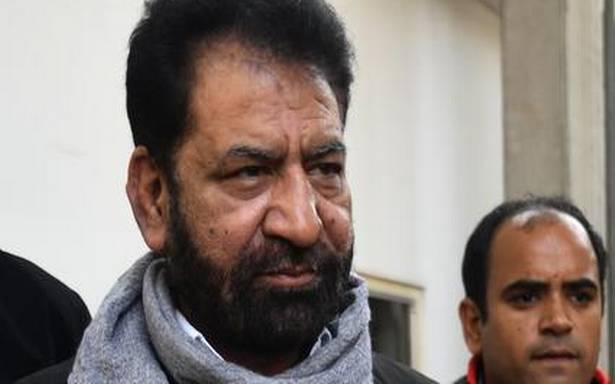 The national capital on Thursday had recorded 395 deaths due to coronavirus.

AAP MLA Shoaib Iqbal on Friday demanded imposition of President’s rule in Delhi in view of the massive surge in COVID-19 cases.

The Matia Mahal MLA, who left the Congress and contested the Delhi Assembly polls last year on an AAP ticket, said neither him nor the government is able to offer any help to the people affected by the second wave of COVID-19.

No immediate reaction was available from the Aam Aadmi Party on Iqbal’s demand.

"I feel embarrassed being an MLA since I cannot be of use to anyone, our government is unable to stand with the people. Despite being a six-time MLA, there is no one to listen to(me) and I cannot contact anyone," Mr. Iqbal said in a video message.

He urged the Delhi High Court to impose the President’s rule in the national capital with immediate effect for three months.

"Delhi is in a very bad situation, I request the Delhi High Court for imposition of President’s rule in Delhi with immediate effect otherwise there will be dead bodies across the city," the AAP MLA said.

"I feel like crying, I have lost my sleep. People are desperate and unable to find medicines and oxygen. I cannot help even a friend who is in hospital without oxygen and medicines," Mr. Iqbal said.

The national capital on Thursday had recorded 395 deaths due to coronavirus, the highest since the pandemic began a year ago, and 24,235 cases with a positivity rate of 32.82 per cent, according to a bulletin issued by the city health department.

This was the eighth day in a row that Delhi had recorded over 300 deaths due to COVID-19.

Mr. Iqbal said his demand for the President’s rule was not against his party.

"It’s not a matter of this or that party. People are dying due to COVID-19 and saving them should be the only priority," he told PTI.

“If the Centre can accept help from other nations, then why can’t there be President’s rule or use of the Army to save people?" the MLA asked.