Amit Mitra interview: The culture of Bengal is what they are challenging. The culture is of Kazi Nazrul Islam…as an example. He was a namaz-reading Muslim but also the father of Shyama Sangeet which is an ode and songs to Ma (Goddess) Kali. 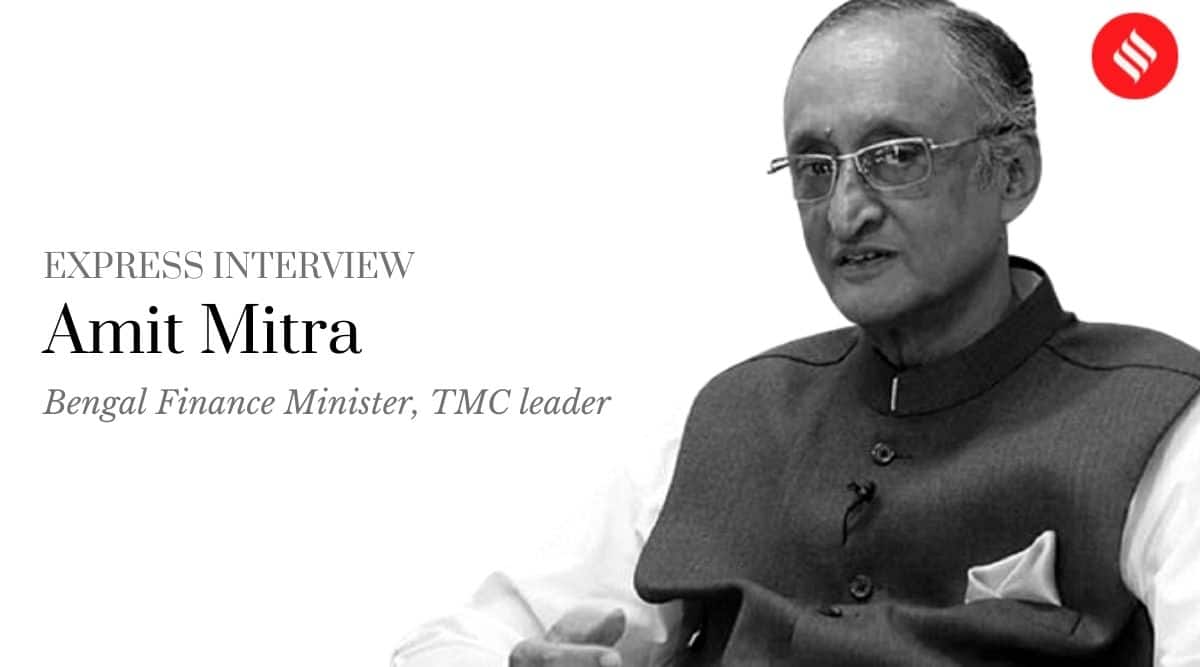 In the last lap of a keenly watched and bitterly contested election, he speaks about the BJP’s challenge and what it means and why these elections are crucial.

For the Trinamool Congress, what’s the significance of this election. And, in your view, why is it important for the BJP?

For the TMC, this is critically important because the TMC understands what this battle is about. It is thrusting into West Bengal the perspective of the Sangh Parivar. That is uniformity as opposed to diversity. Every kind of diversity whether it is religious, whether it is cultural, even at the subaltern level, in Bengal there are many subaltern gods. Every locality has its own gods. But the thrust is on uniformity.

The battle for Bengal for the Sangh Parivar is part of a much bigger plan to redefine India in the image of the Parivar’s core values. To justify what I am saying I would like to quote from the now General Secretary of the RSS, Dattatreya Hosabale, who said in 2015 to Reuters: “We the RSS would want the BJP to win all the state elections. Because only then can significant political, social and cultural changes can take place in the country.”

He went on to say that the 2014 election victory should be seen as a starting point of a long-term mission. They want a one-party democracy, an oxymoron in my view. Once that happens then the Sangh Parivar’s ultimate mission can be achieved.

It has been well defined by the Sarsanghachalak Mohan Bhagwat and I am quoting him, “India is a Hindu Rashtra and it is non-negotiable.” Basically, this is a huge process of a long-term nature for the RSS and its affiliates and the BJP which is part of the affiliate process because BJP’s organizing secretaries – at the centre and the states – are deputed by the RSS. There is complete synergy which wasn’t there before.

But the fact is that in 2016 they had three MLAs. In 2019, they went up to 18 Lok Sabha seats and 40 plus per cent voteshare. So the BJP is steadily gaining support in the state, is 2021 their crowning moment?

It is my prognosis that this will be the Waterloo for them. Take the case of Odisha where the elections took place for Parliament and Assembly together. The voters were discerning enough to differentiate between the two. Therefore, voters know that whatever the armada of Mr Modi and Shah with Central ministers parked here…Chief Ministers, party general secretaries of Gujarat and Rajasthan and the entire RSS machinery going down to the panna pramukhs…that these are birds of passage. This is not an election for them. They are here, they will speak, they will go away.

Mamata Banerjee is here and is part of their lives and has been for the past 47 years. Take the case of Delhi, Amit Shah said 45 seats, how many did they win? eight seats. They said two-thirds majority in Rajasthan, they lost the state. In Chhattisgarh, two-thirds majority Amit Shah said, they lost the state. They lost in Maharashtra, Jharkhand and in Bihar they almost lost the battle to a 31-year-old who came into focus in the last two months of the election and but for some other incidents would have formed government. The key point is that this is not a Modi-Shah armada election. 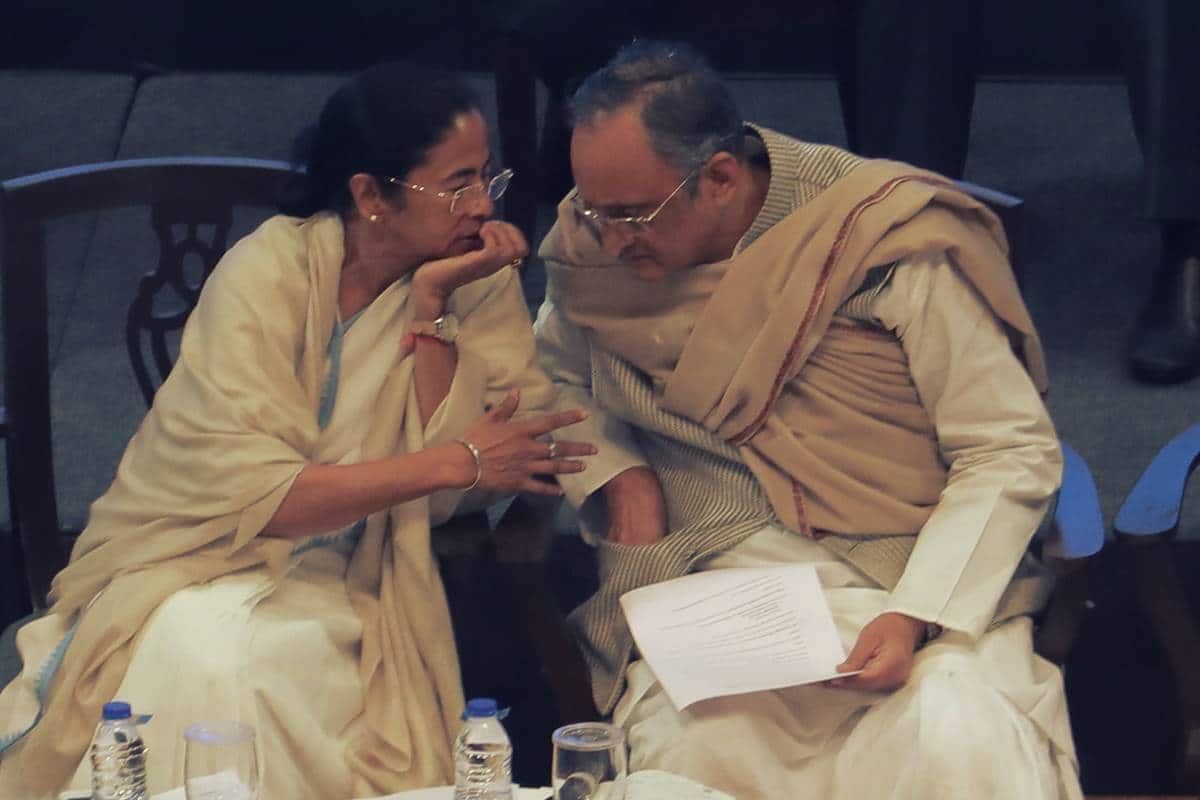 Your critics argue that marginalised sections have not been empowered in positions of political leadership in the state…that’s the basis for the BJP reaching out to the Scheduled Caste community?

That is not correct. If you look at the ministers in the TMC government you will find a very healthy mixture of different caste groups, especially disadvantaged caste groups, subaltern caste groups, gender differentiated. Let’s not forget that the proportion of women in TMC MP’s today are much larger.

The BJP’s numbers is much smaller. The BJP’s diversity of MPs, in terms of religious diversity representing the mosaic of India, is zero. The question is what has Mamata Banerjee done for the rural sector in the last 10 years?

It is the government of India which has given awards to Bengal. E-governance award, e-excise, e-tender for transparency in tendering, e- taxation, integrated financial management system. They know that not a single rupee goes out of Bengal’s treasury in cash or even in cheques. They are digitally transferred.

There has been a sharp reduction in poverty level in the rural sector. One key driver has been the Kanyashree scheme for the girl child (a cash transfer scheme to incentivise schooling for teenage girls); in terms of health, in terms of hundred percent coverage etc.

But when you travel across Bengal, and the BJP has built its campaign partly on this, you will find people saying there’s a lot of local-level corruption in schemes for the poor. Amphan has become a proxy for corruption.

What they are not saying is that over 7.5 lakh people were moved away from the hazards of Cyclone Amphan in 24 hours. They are not saying that almost all schemes you can think of are digital schemes going straight into a person’s account, where there cannot be corruption. What is the budget of Kanyashree? Rs 7000 crore over these years. The Centre’s Beti Bachao Beti Padhao is Rs 700 crore for all of India. Take the case of bicycles. You cannot steal bicycles. The orders were uploaded digitally and then given…70 lakh bicycles distributed, and more in the process…

You are saying there is no corruption on the ground, no anti-incumbency?

In a democracy, there will always be voices of this or that. The best part is when Mamata Banerjee introduced Didi ke Bolo, where any and everybody could approach (the government via a) website …and with a full team, she could view. An amazing response came, with complaints, difficulties. Has any state done the equivalent of that? 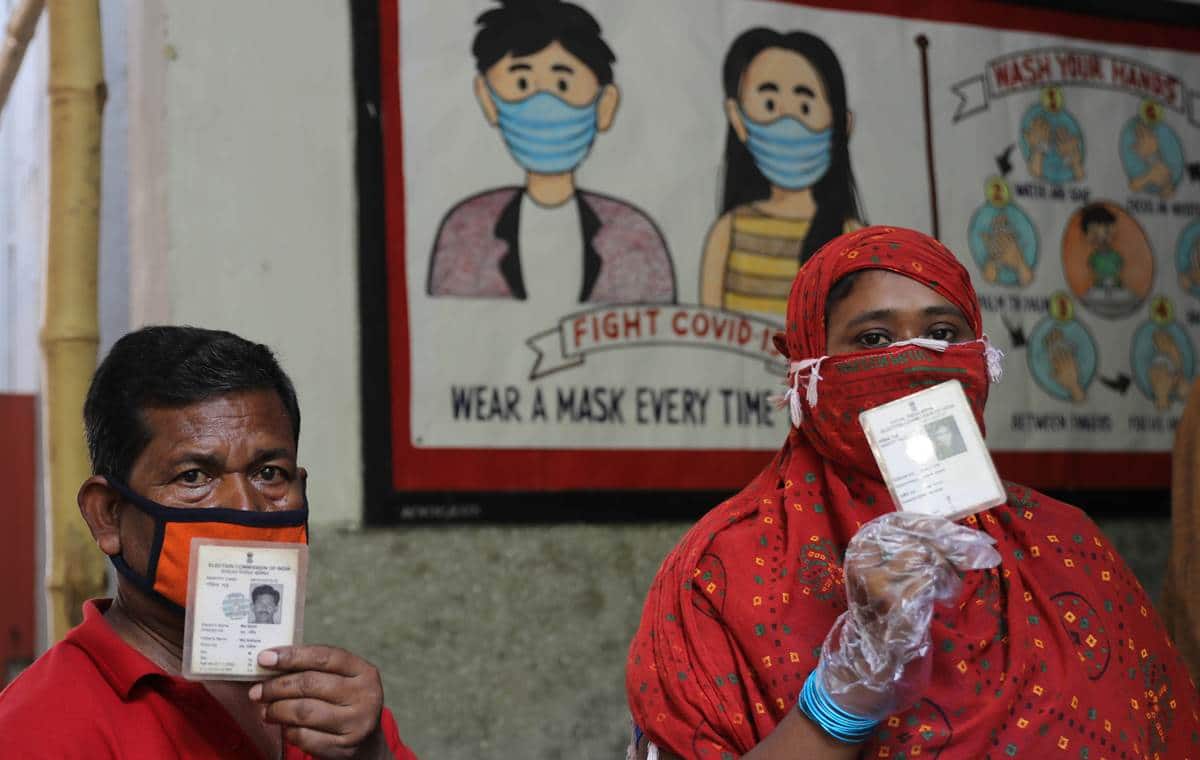 You were Finance Minister for a decade. The BJP says that Mamata Banerjee is anti-industry and only a BJP government can create jobs which will come because of synergy between the Centre and the state.

In the cement sector which has jobs directly or indirectly of large numbers, major companies have invested in West Bengal under Mamata Banerjee’s watch. The Dalmias, JSW have invested in Salboni, Star Cement in North Bengal. Bengal is emerging as one of the key cement-manufacturing hubs in India; German company BASF, one of the largest chemical companies in the world, has come and invested in construction chemicals.

When we came to office, Haldia Petrochemicals was closed, we were able to open that plant. Because it is working up to 97 percent capacity today, 5 lakh jobs got created downstream. When we came in, TCS employed 12-13,000 people, today it employs 44,000 and it has taken land where it will employ 15,000 more. This will make (their presence here) larger than in Bengaluru.

Bengal exports 13 percent of India’s steel today — why is nobody saying that? What are industry leaders saying about the BJP? Rahul Bajaj famously said there is a fear psychosis in the country. Industry leaders are saying you have let loose ED and CBI. When he (Bajaj) said that, the entire industrial community, which has chosen to stay silent, went into massive applause on television for Amit Shah.

They have brought the ED and and CBI to Bengal as well in what I call the “Just in time” model. While the election is going on, harass TMC’s Members of Parliament. What about Mr Adhikari against whom there are charges or Mukul Roy against whom your own government (Centre) brought charges?

Your opposition says the state government uses coercive mechanisms against their leaders and voters, there is a sense of fear among the voter?

This is another bogus argument. If you create divisions within society as part of your policy, there will be resistance. You are trying to divide society in religious terms which is not a secret. When you come with that objective, you will create tension in society.

In other states they may take it lying down. But not in West Bengal. I would say the source of any conflict you see in the state is due to the very clear attempt by the BJP and the Sangh Parivar to try and divide society in terms of caste, religion, culture. Any conflict is artificially produced because their goal requires this divisive process. When you try and introduce majoritarianism by bulldozing culture and dissent, you will get resistance.

[Don’t miss out on our election coverage. Click here to get the latest]

But the Left and the Congress argue that the BJP’s sharp rise in Bengal today is because of openings the TMC made for them…be it anti-incumbency, corruption..and, in the name of secularism, Muslim appeasement.

This is again a red herring. Muslim appeasement is a false statement. What has happened is that the Left has lost its capacity after 34 years of ruling Bengal. Many from the Left shifted their allegiance to the BJP as another swallow in the middle of spring. Where is the appeasement? How can Mamata Banerjee give Kanyashree in a differentiated manner? If you look at industrial growth, you cannot pick and choose between Muslim and non-Muslim.

The culture of Bengal is what they are challenging. The culture is of Kazi Nazrul Islam…as an example. He was a namaz-reading Muslim but also the father of Shyama Sangeet which is ode and songs to Ma (Goddess) Kali. In my constituency, out of 20 Durga Pujas, at least (the organisation of) eight of them is chaired by Muslims, and of the 40 Eid events in my constituency, at least 15 are chaired by Hindus. West Bengal’s culture is based on this integrated approach and the Sangh’s attempt is to break this diversity.