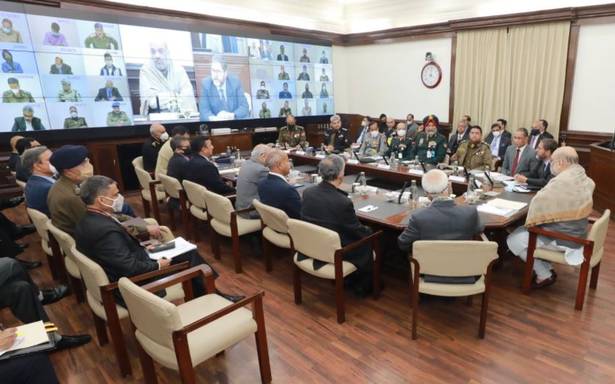 An official from Home Ministry also said that movement of foreign terrorists, funding were discussed

Union Home Minister Amit Shah on Monday reviewed the country’s prevailing security situation and emerging challenges that include threats from global terror organisations, illicit use of cyberspace and “movement of foreign terrorist fighters”.

This was the first such high-level meeting, chaired by Shah and attended by the top brass of the country’s security and intelligence apparatus, in the new year.

He highlighted the continued threats of terrorism and global terror groups, terror financing, narco-terrorism, organised crime-terror nexus, illicit use of cyberspace, movement of foreign terrorist fighters, it said The home minister stressed the need for better coordination and synergy among the central and state security agencies in countering the ever-changing counter terrorism and security challenges.

The DGPs of states and Union Territories also joined the meeting through video conferencing.