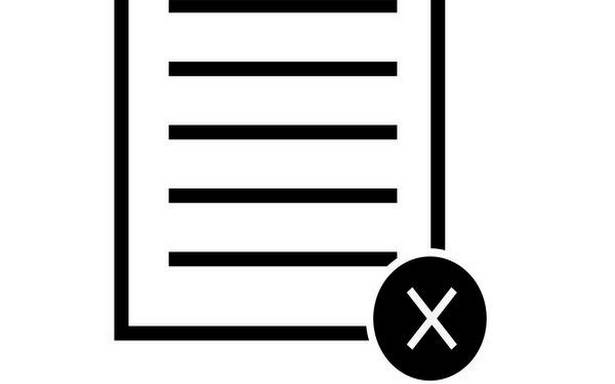 There is no established practice requiring the Governor (or the President under Article 123 of the Constitution) to state the circumstances for immediate action. Therefore, while the recent Commission for Air Quality Management Ordinance gave a four page justification for immediate action, the Farmer’s Produce Trade and Commerce Ordinance merely stated in the preamble what the ordinance provides for, but did not disclose the circumstances and urgency for immediate action. I believe a healthy convention should develop and the preamble to any ordinance should state the immediacy for promulgating it when the Legislature is not in session. This would greatly enhance transparency in legislation, but, more importantly, enable legislators to understand why they are, in a sense, by-passed and why a debate and discussion in the Legislature could not be awaited.

The reason for immediate action is, as yet, not justiciable and it is unlikely that any court will delve into this arena. But the Supreme Court of India has held that the existence of circumstances leading to the satisfaction of the Governor can be inquired into. In other words, the court can inquire whether circumstances existed that enabled the Governor to be satisfied of the necessity of promulgating an ordinance. However, the court will not delve into the sufficiency of circumstances. Therefore, why not disclose the circumstances and reason for immediate action in the first instance rather than require people to go to court to find out? In the normal course, these are unlikely to be a state secret.

The preamble to the The Uttar Pradesh Prohibition of Unlawful Conversion of Religion Ordinance, commonly called the anti-love jihad ordinance, merely indicates what it provides for, namely, unlawful conversion from one religion to another by coercion, misrepresentation and so on “or by marriage”. It then proceeds to record the satisfaction of the Governor of the existence of circumstances and the necessity for “him/her to take immediate action”.

Let us try and imagine the circumstances requiring promulgation of the ordinance as far as marriage is concerned. If one fraudulent or coercive inter-faith marriage is taking place, the police can certainly prevent it, as they supposedly do in child marriages. An ordinance is not required for it. However, if more than one such fraudulent or coercive inter-faith marriage is expected to take place, the State government would have information of mass conversions for the purpose of marriage.

In the normal course, it is unlikely that these mass conversions would be in secret and almost simultaneous. A more realistic expectation would be specific information of some or many unwilling religious conversions likely to take place. Surely, these can also be prevented by an alert police force by invoking existing legal provisions. Assuming a somewhat unbelievable scenario does exist, how does one justify immediate action for promulgating an ordinance? It is not as if dozens or hundreds of inter-faith marriages were expected virtually overnight. However hard one might think about it, the need for immediate action is very difficult to understand.

Consider the consequences of some provisions of the ordinance, and we are actually witness to them. Section 3 prohibits conversion or attempt to convert any person from one religion to another by coercion or fraud etc. or by marriage. To the extent of conversion by coercion or fraud, etc. there is no problem and nobody supports it. What is conversion by marriage? Nobody gets converted by marriage. If a Hindu marries a Christian, who gets converted — the husband or wife or both or neither? One can understand conversion for marriage, but if an adult person desires to get converted to the religion of the other before marriage, what objection can anybody have?

The offence of attempting to convert poses a bigger rights issue. Section 7 provides that upon receiving information (it may be fake news) that a religious conversion is designed to take place, a police officer is authorised under the Criminal Procedure Code without orders from a Magistrate and without a warrant, to arrest the person so designing, if it appears that the commission of the offence cannot be otherwise prevented. The nature of information includes an allegation of allurement which includes an offer of any temptation in the form of a gift or gratification. So, if a boy and girl of different religions are seen talking together or eating out, it is easy for a so-called aggrieved person (who could be any stranger) to complain to the police that he overheard a conversation in which a temptation was offered to the girl, including a pizza, as has been recently reported. This could trigger the arrest of the boy offering the allurement, his friends and family (as conspirators) with no questions asked. Shotgun weddings were always an offence, but now even pizza-induced weddings are an offence.

Should someone genuinely desire to convert but not get married, that person would have to inform the District Magistrate (DM) two months in advance of the plan through a declaration, under Section 8. The DM requires the police to inquire the real purpose of conversion and file a report (in a sealed cover?) with the DM. What is the true purpose of the police inquiry? If the report concludes that the desire to convert is not for a good enough reason, can the DM refuse permission to convert? Is a pre-crime scenario contemplated?

Assuming conversion is not objected to, even thereafter the DM must be informed by the converted through a declaration under Section 9. Interestingly, the DM is expected to exhibit the declaration on the notice board of the office till the contents of the declaration are confirmed. Meanwhile, the ubiquitous aggrieved person has an opportunity to object to the conversion. What next — does the DM ‘cancel’ the bona fide conversion and have the converted arrested?

Finally, the burden of proof — Section 12 provides that the burden to prove the conversion was not on account of coercion, fraud, etc. or by marriage will be on the person who has caused the conversion. How is that person expected to know the mind of the converted? It is only the person converted who can answer that question and nobody else, as in Hadiya’s case.

The ordinance is prone to abuse and we have seen its consequences — of intimidation, bullying, arbitrary arrests and the loss of a foetus. It is ill-conceived, overbroad and vague in many respects. It vilifies all inter-faith marriages and places unreasonable obstacles on consenting adults in exercising their personal choice of a partner, mocks the right to privacy and violates the right to life, liberty and dignity. In short, it is unconstitutional.

Justice (retd.) Madan B. Lokur is a former judge of the Supreme Court of India