‘After the discovery of the biomarkers, Calpain and Inflammasomes, we know we have a biomarker to target.’
‘That way, we can use the biomarkers for an early diagnosis of blood clotting due to hypoxia or low oxygen in the tissues, and can save a life.’

The discovery by Professor Mohammed Zahid Ashraf, Head, Department of Biotechnology, Jamia Millia Islamia University, is a major breakthrough in the scientific world.

It was vindicated when doctors found the connection between low oxygen and blood clotting in covid patients.

Professor Ashraf’s research has appeared in one of the top medical journals in the world published by The American Society of Hematology. The scientific journal also posted an editorial along with his paper.

You were recently presentet the prestigious Visitor’s Award for your research on blood clotting at high altitudes. How significant is this research?

This research is important for multiple reasons. One of the significant facts we have discovered is, decrease in oxygen results in blood clot formation.

But you have to understand that blood clot formations happen not only at high altitudes, where there is oxygen deficiency in the atmosphere, but can also happen in diseases like cancer or even when there is sports induced stress or even during pregnancy.

So, my research has a broader significance. 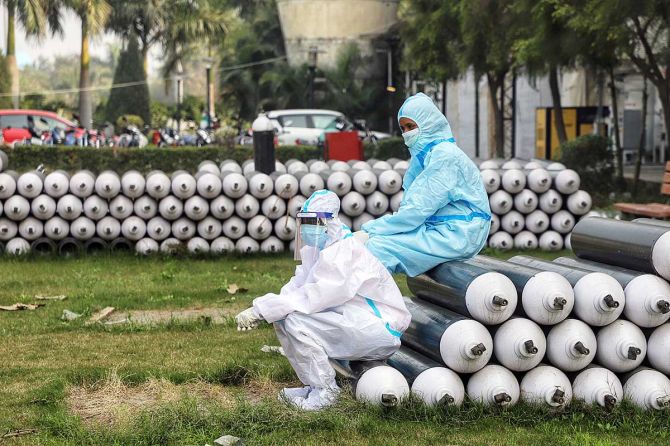 It means there is a connection between oxygen deficiency and blood clotting.

Exactly. Let me give you a recent example.

If you remember, covid patients were given anti-coagulants as a part of treatment in the beginning. How does low oxygen result in blood clotting?

It has been known for a while that soldiers who are posted at high altitudes reported anecdotally higher incidences of blood clotting.

Among those who travel to high altitudes also reported to have had higher incidence of blood clotting. This was what gave the doubt that there is a connection between low oxygen level and blood clotting.

What we did was laboratory-based experiments where we had created similar kind of conditions for different types of cells and in laboratory animals where they experienced oxygen deficiency.

We found that there is a correlation between low oxygen level and blood clotting. That is, decrease in the level of oxygen led to increased clot formation.

What is the reason for this?

Yes, that is the question we, as scientists asked ourselves next; the actual mechanism behind blood clotting when the oxygen level is low.

We first tried to identify the different molecules inside the blood vessels and screened about 400 different protein molecules which perform various functions for the body.

Through the ‘proteomics’ approach we used, we were able to identify the unique molecule which is known as Calpain (a protein belonging to the family of calcium-dependent, non- lysosomal cysteine proteolytic enzymes) which turned out to be one of the key factors that resulted in blood clotting.

In scientific term, we call this a biomarker, like blood sugar level is considered a biomarker for diabetes.

It was for the first time that we were able to identify a biomarker for an early diagnosis in blood clotting, which is Calpain.

We discovered that activation of Calpain resulted in the initiation of blood clot formation. So, the identification of Calpain, the molecule gave us a tool to diagnose the disease early.

After further experiments, we were able to identify that oxygen deficiency also results in inflammatory conditions, and this could also trigger the blood clotting along with Calpain.

Is identifying Calpain as a biomarker a breakthrough discovery?

It is indeed a breakthrough discovery in science.

It is for the first time in the world that we have identified a biomarker for blood clotting due to oxygen deficiency.

Our research has appeared in one of the top medical journals in the world published by the American Society of Hematology along with an editorial commentary.

Very few Indian research papers have appeared in the journal.

Unless we do more experiments, I will not be able to answer the question.

But it is possible, right?

We have to experimentally verify it.

But another finding of our research was published in the Proceedings of the National Academy of Sciences in the USA (a peer-reviewed multidisciplinary scientific journal).

Here, we have identified that hypoxia (absence of oxygen in body tissues) would result in localised inflammation which results in the activation of a protein complex called Inflammasome that further results in the release of inflammatory cytokines. And the same mechanism has been perceived in covid patients also.

The beauty of our discovery is that whatever we have found almost 6-7 years ago is now seen in covid patients. That is, because of oxygen deficiency in the lung mass, the same mechanism of inflammation initiating clotting and activating coagulation, happened. So, after covid, you have found that your medical discovery can be applied in many other areas too though initially the research was focused on hypoxia at high altitudes resulting in blood clotting.

Yes, the fundamental mechanism we observed through our scientific experiments 6-7 years ago, is now seen in covid patients. That is the beauty and power of science.

My initial research and post-doctoral training in the USA has been mainly on vascular diseases, thrombosis. It was after I joined DRDO in 2009 that my project on soldiers stationed on high altitudes started.

I am further continuing the research of hypoxia induced clotting at Jamia Millia Islamia as well.

After the discovery of the biomarkers, Calpain and Inflammasomes, we know we have a biomarker to target. That way, we can use the biomarkers for an early diagnosis of blood clotting due to hypoxia or low oxygen in the tissues, and can save a life.

Also, Inflammasomes can be used as a target in the development of drugs as well.

The incidence of blood clotting due to hypoxia is observed more among low landers going to high altitudes, and such incidences are usually less among those who live there. 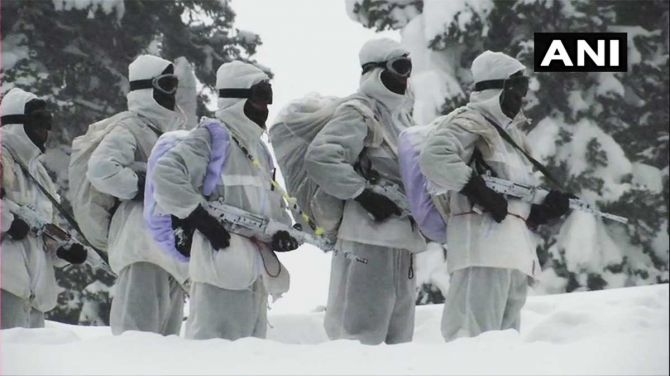 Is it because they are acclimatised? 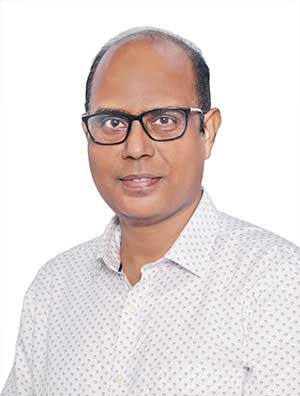 There may be many reasons behind that like the genetic make-up, food, acclimatisation, etc. We have not yet scientifically determined why there are fewer incidences among the inhabitants.

Our scientific study was mainly focus on why visitors and soldiers stationed at high altitudes develop blood clotting due to low oxygen.

Your discovery would help people suffering from many other diseases too.

Absolutely. It has already proven during covid! And that is exciting for a scientist.

Cancer is a big field where this could be applied as cancer results in localised hypoxic environment. Tumor is formed by aggregation of multiple cancer cells in a localised area which in turn limits the oxygen supply to the cells.

Also, extended hospitalisation post-surgery, when movement is restricted in certain part of the body, the oxygen supply is also reduces in those areas.

So, there are many domains where this breakthrough discovery can be applied.

From the editorial written in the prestigious medical journal, it is understood that the world has noticed the significance of our work.

*Kindly note the images have only been posted for representational purposes.