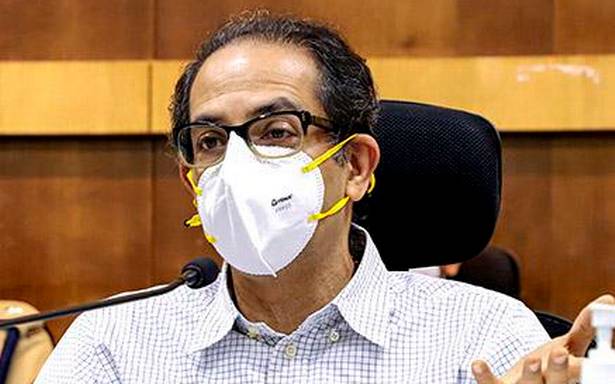 This is probably for the first time that the two former party colleagues-turned-opponents shared the stage after Mr. Rane’s exit from the Shiv Sena, of which Mr. Thackeray is the president.

The Chipi airport in the picturesque coastal Sindhudurg district of Maharashtra was inaugurated on Saturday, in an event which saw arch rivals Chief Minister Uddhav Thackeray and Union Minister Narayan Rane sharing the stage and taking potshots at each other.

This is probably for the first time that the two former party colleagues-turned-opponents shared the stage after Mr. Rane’s exit from the Shiv Sena, of which Mr. Thackeray is the president.

During the event, Mr. Rane, who hails from Sindhudurg, listed out the work done by him since he was elected as an MLA from the district for the first time in 1990. The BJP leader said it was under the directions of late Shiv Sena supremo Bal Thackeray that he was deputed to this region. Mr. Rane said it was due to his efforts that Konkan got an infrastructure boost.

Hitting back at Mr. Rane, Mr. Thackeray said, “Balasahab did not like lying. So several times, such people were kicked out of the Shiv Sena. (Bal Thackeray would say) Even if the truth is bitter, please say it.” “As per my understanding, Sindhudurg fort was built by (Shivaji) Maharaj or someone will say I did it,” Mr. Thackeray said, apparently taking an aim at Mr. Rane over his comment that all the infrastructure boost the region received was due to him.

“You [Rane] are a Minister. So what if it is micro and small, but it is an important portfolio and you will use it to benefit Maharashtra,” the CM said.

Mr. Thackeray said there should be a heliport at Chipi, which can be used for tourism.

Mr. Rane, the Union Micro, Small and Medium Enterprises Minister, was arrested by the Maharashtra police in August over his comments against the Chief Minister. He was later granted bail by the court.

Since his exit from the Sena in 2005, for which he blamed Mr. Thackeray, the two have been at loggerheads.

Speaking on the occasion, Civil Aviation Minister Jyotiraditya Scindia said thanks to this airport, a distance of 530km from Mumbai can now be covered in 50 minutes only.

He said that in the coming years, he plans to connect Chipi with Bengaluru, Hyderabad, Kolkata and other major cities, and added that he plans to start 20-25 flights to Chipi in the next five years. Mr. Scindia said with Chipi, Maharashtra now has 14 airports.

State Tourism Minister Aaditya Thackeray said all efforts will be made to promote tourism in the Konkan along with conserving the environment.