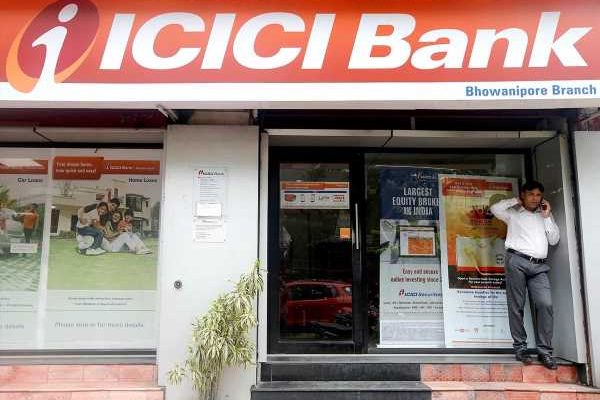 Flush with liquidity, banks are eager to lend. And, therein lies the problem, warns Tamal Bandyopadhyay.

At a recent Mint conclave, retail guru of Indian banking K V Kamath said India’s banking industry is in its best shape in the last 50 years in terms of the quality of assets and quantum of capital.

The former chief of New Development Bank of BRICS countries and ICICI Bank Ltd, who is now the chairman of the National Bank for Financing Infrastructure and Development, said: ‘In the more than 50 years that I have been in the banking business, I have never seen their balance sheets as clean as today in terms of bad assets and as healthy as today in terms of bad assets.’

For Kamath, who headed a five-member panel of the Reserve Bank of India in August 2020 to decide on the terms for restructuring stressed loans affected by the Covid pandemic, talking about bad loans is passé — ‘it’s over’.

Following the recommendations of the panel, stressed borrowers from 26 sectors could have approached the banks for debt recast. An estimated Rs 7.5 trillion of stressed loans would have had to be recast but a minuscule portion has actually been restructured.

Kamath is not alone in exuding optimism about the Indian banking sector. In February, India Ratings and Research (Ind-Ra) revised the outlook on the banking sector for FY23, echoing Kamath’s observation — ‘banking system’s health is at its best in decades’.

The improving health trend that had begun in FY20 is likely to continue, it says, adding that key financial metrics would get even better in the next financial year beginning April, backed by stronger balance sheets and a rising credit demand as the corporate capex cycle is about to commence.

Indeed, liquidity will tighten and interest rates will rise, denting banks’ treasury gains, but that will be offset, at least partially, as loans get repriced faster than deposits. It also says that the corporate loans will replace retail ones in driving credit growth, and estimates investment of around Rs 7 trillion by corporations in FY22 and FY23.

It expects the retail stressed assets to almost double — 5.7 per cent in March 2022 from 2.9 per cent a year ago — but the corporate segment’s stressed assets would drop slightly to 10.4 per cent from 10.8 per cent.

For FY23, the agency expects retail stressed assets to decline to 4.9 per cent and corporate, to 10.3 per cent.

What do the global raters say?

Moody’s Investors Service has revised the outlook for the Indian banking system to stable from negative. It expects the pickup in economic activity to drive credit growth to around 10-13 per cent, asset quality to improve and banks’ capital to be higher than the pre-pandemic level. As a result of all this, banks’ profitability will rise.

S&P Global Ratings, in its note on November 30, 2021, had said Indian banks are profitable again and have strengthened their capital positions, allowing for a new phase of loan growth.

It had also mentioned that the asset quality of banks has hit its nadir and will start improving if there is no major outbreak of Covid-19. Since then, India was hit by the third wave — the Omicron variant — but it was not severe.

By S&P’s estimate, the system’s weak loan ratio has peaked. Unlike Ind-Ra, it feels the loan growth will be driven by retail credit, an underpenetrated segment for Indian banks. Less than a week ahead of this report, S&P had released another report, which had said earnings of Indian banks would get a boost from easing bad loans; India’s economic recovery would drive demand for credit.

Finally, S&P Global Market Intelligence, a financial information services wing, says India’s banking sector is well capitalised and bad loans in the system have declined, allowing lenders to support investments as the country may outpace its peers in economic growth over the next three years.

It refers to an RBI survey, which indicates rising optimism among investors and an expansion in production in the coming quarters and also says the return on assets and on equity for State-owned banks turned positive in June 2020, after negative profitability ratios over the previous four years. “The economic shock of the pandemic has been weathered well by the commercial banking system so far, even if some lagged impact is still in the pipeline.”

Clearly, there’s optimism all around. The chorus is: The Indian banking sector has never had it so good; it’s ready to script a new chapter. Is that so?

I have a slightly different take. At the risk of sounding like Cassandra, let me say, yes, the health of the banking system has vastly improved; barring a few, which have large exposure to micro loans, the bad assets are manageable as banks have adequate capital, and we are seeing the tell-tale signs of credit demand. Flush with liquidity, banks are eager to lend. And, therein lies the problem.

I am seeing many banks sending sealed envelopes to companies that are in a hurry to replace their existing loans or roll over if the loan tenure is complete. Such loans are auctioned, inviting quotes from banks in sealed envelopes.

A large State-owned entity recently raised 15-year money at about 1.5 percentage point lower than the 10-year sovereign paper yield! Another entity raised one-year money at a little over 4 per cent. Some of the road projects are replacing their high-cost, long-term loans with new exposures — at around 7 per cent for 15 years. Banks are willing to bet on them as cash flow is assured since the construction is complete.

Corporate borrowers are merrily replacing or rolling over loans at cheaper rates. The banks have no choice but to participate in such a repricing game.

Earlier, private banks were snatching customers from the public sector banks (PSBs), quoting lower rates. Now, the war-turf has broadened — it’s private banks vs PSBs and PSBs vs PSBs. Such cannibalisation was not seen earlier.

The banks are being caught in their own narrative — credit growth. It’s the same old story. Soon, one may see bubbles in certain pockets.

What’s the net result of this euphoria? The savers are the losers since post-tax, they don’t earn enough from bank deposits to beat inflation.

The banks, too, are losing as their interest margin is being compressed. Only the borrowers are getting the benefit, but when one gets cheap money, one’s risk-taking ability rises. They may end up investing in projects only to regret such investments later.

Also, cheap money may encourage fund diversions. Are we celebrating too soon?

Tamal Bandyopadhyay, a consulting editor with Business Standard, is an author and senior adviser to Jana Small Finance Bank Ltd,