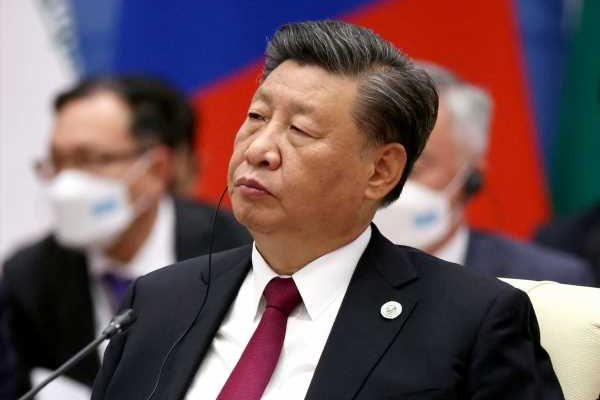 China’s quest to become the predominant power in the Indo-Pacific has begun to flounder as Beijing’s aggressive foreign policies fray relationships in its neighbourhood.

Surveys — including official Chinese assessments — show that anti-China sentiment has surged across the world, touching a high of 88 percent.

Repercussions are being seen even in Europe, despite the continent’s dependence on the Chinese market.

After Lithuania formally quit the 17+1 group of European countries that are trading with China, at least four others are beginning to have doubts.

As China’s international environment worsens, its periphery, including its more fragile inner belt comprising Tibet, Inner Mongolia and Xinjiang — which account for well over half of China’s land area — has become more vulnerable.

Despite intrusive surveillance and the Communist party’s attempts to wean the Tibetans away from the Dalai Lama, they continue to venerate him.

More recently, China has stepped up its efforts to undercut the Dalai Lama’s influence and win over the four Tibetan Buddhist sects.

Attempts to get them to accept Gyaltsen Norbu — the China-appointed monk — as the Panchen Lama have intensified, thus far unsuccessfully.

The appointment is crucial as the Panchen Lama will have an important role to play as the tutor of the future Dalai Lama.

In the Chinese province of Inner Mongolia, the Communist party is attempting to prescribe a new ‘official’ history, erasing iconic personages like Genghiz Khan, removing plaques in his honour at his birthplace, and replacing the native language with Mandarin, even in ethnic schools.

This has sparked strikes, including by government employees and the police.

Since May 2020, discontent has been exacerbated by the People’s Liberation Army’s forced recruitment of Mongol youth for deployment in the high altitude areas of Ladakh and Tibet.

Xinjiang too continues to be restive. The imposition of progressively harsh policies has led many Uyghurs to escape to other lands.

In Pakistan, the Uyghurs say that Chinese security agencies work closely with their Pakistani counterparts to identify and apprehend them.

At times they are even picked up by Chinese personnel and whisked off to Xinjiang.

And reports filtering out of Xinjiang suggest that the concentration camps have actually made the people more radical.

Relations with Japan too have soured. While previous Chinese leaders sought to repair Sino-Japanese relations, Xi Jinping’s aggressive policies have strained the relationship.

Earlier, economic ties had been sound despite periodic — and often orchestrated — tensions over history texts and visits by Japanese leaders to the Yasukuni shrine in honour of the Japanese war-dead.

But with China’s growing economic strength, Beijing has sought to advance its sovereignty over the Senkaku (Diaoyu) islands, claimed by both China and Japan.

In 2010, China further wielded its clout by banning the export of rare earths and minerals to Japan, making it clear that it can cripple Japanese industry whenever it wants.

After the late Abe Shinzo reassessed Sino-Japanese relations and revived the Quad, the country has been rearming itself and joined naval exercises with the US, India and others.

Japan has also removed restrictions on its Self Defence Forces and is moving towards abolishing the limiting clauses in its constitution.

While Japanese businesses continue to be slow to follow, the relationship between the two countries has been going downhill.

China’s navy and air force regularly intrude into Japanese territorial waters and air space, and tensions have been heightened by China’s firing of five ballistic missiles into Japanese waters between August 4 and 8.

Neighbouring Mongolia is another victim of China’s aggressive policies.

The country has maintained close ties with Tibet since the 16th century when the Mongol emperor Altai Khan conferred the title of Dalai Lama (Ocean of Wisdom) on Tibet’s Buddhist ruler-monks.

In 2016, however, when Ulan Bataar hosted the Dalai Lama, Beijing got very upset, administered a sharp warning and imposed damaging economic sanctions, compelling Mongolia to apologise and undertake never to invite the Dalai Lama again.

This has left a scar on the deeply religious Mongolian people who venerate the Dalai Lama; Xi Jinping’s meeting with the Mongolian president in Samarkand is a bid to heal this.

While Xi Jinping’s policies have made China’s inner periphery vulnerable, his recent actions in its outer fringe of South Asian nations have amply demonstrated the disastrous impact of China’s embrace.

In Nepal, after cosying up to the Chinese,sections of Nepalese politicians and the people are beginning to realise that close friendship with China is like sipping from a poisoned chalice.

While China has been unwilling to assist Nepal with essential supplies at times of difficulty, Chinese envoys in Kathmandu continue to overtly interfere in Nepal’s internal affairs.

Besides, they interact directly with the Nepalese police to thwart any anti-Chinese activities by the Tibetan Diaspora.

China’s growing interest in Nepal has been highlighted by the recent visits to the country by two high-level Communist party members within a span of 3 months.

Both spent considerable time with the leaders of Nepal’s Communist parties where they asked them to join hands before the next elections so the Communists can always retain a sizeable say in government. Such ‘advice’ is invariably reinforced by ‘material benefits’.

Amidst all this bonhomie, China has carried out at least two encroachments on Nepalese territory.

Nepalese government sources say that the Chinese have wire-fenced land in Gorkha and are carrying out unauthorised construction in a number of places.

In June, protests were staged against these encroachments, calling for ‘an end to Chinese expansionism’.

While Sri Lanka is a vivid example of the Chinese debt trap, it exemplifies how China tramples upon a nation’s sovereignty to secure its own ends and how once in China’s grip, it is difficult to wrest free!

In Pakistan, which remains the single largest recipient of Chinese largesse, the unstinting support proffered to the northern neighbour by the Pakistan army, politicians and large sections of the foreign office bureaucracy, will make it very difficult for any Pakistani government to reduce Chinese involvement.

Amidst all this, Bangladesh has been prudent and avoided China’s fiscal embrace.

In fact, the finance minister warned developing countries of taking Chinese loans through the BRI, saying that they must think twice as they risked being pushed deep into debt.

With China’s slowing economy and restiveness among its people, its ambition of dominating the Indo-Pacific appears increasingly unfeasible.