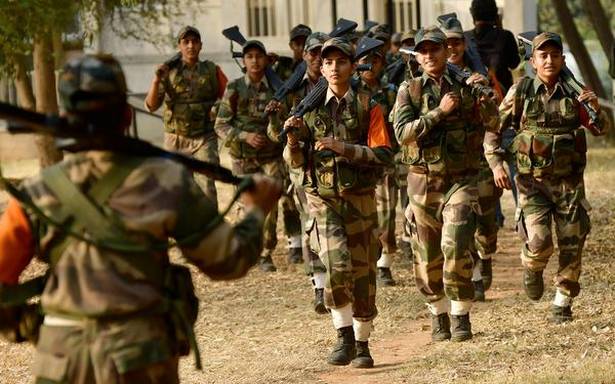 Supreme Court said armed forces is a respected institution, but it has more to do regarding gender equality

The Centre on September 8 gave the Supreme Court the "good news" that it has taken a decision to allow women’s entry into the National Defence Academy (NDA), so far a male bastion for recruitment into the armed forces.

If this decision comes through formally on paper, women can prepare for a career in the armed forces immediately after Class 12.

"There is good news. The Forces at the highest level and the government has taken a decision last evening to induct girls for permanent commission through the National Defence Academy," Additional Solicitor General Aishwarya Bhati informed a Bench led by Justices Sanjay Kishan Kaul and M.M. Sundresh.

The Bench asked the government to file an affidavit in this regard by September 22, the next date of hearing. It said armed forces is a respected institution, but it has more to do regarding gender equality. The court admitted that it was not a happy situation for it to constantly nudge the authorities into taking action on bettering gender representation. The Bench said authorities need to act by themselves.

The court commended Ms. Bhati for taking pro-active measures in favour of women interested in a career in the armed forces.

Ms. Bhati urged the court for the time being to maintain status quo about the admissions to NDA in the present academic year. The law officer said the NDA exam, originally scheduled for September 5, has been postponed to November.

"Consider granting status quo for this examination and let it continue, as it will need policy, procedure, training and infrastructure changes," Ms. Bhati submitted.

On August 18, the court had issued an interim order allowing women candidates to take the NDA exam, which was then scheduled on September 5.

The court had also then questioned why "co-education is a problem" in the armed forces.

The court had orally observed that it was "absurd" that women were not allowed to appear for the NDA exam even after the Supreme Court, in a judgment, had directed permanent commission for women in the Army.

The court had dismissed the government’s submissions that women are physiologically weaker than men as a "sex stereotype" and declared that Short Service Commission (SSC) women officers were eligible for permanent commission and command posts in the Army irrespective of their years of service.

“Women officers of the Indian Army have brought laurels to the force… Their track record of service to the nation is beyond reproach. To cast aspersion on their abilities on the ground of gender is an affront not only to their dignity as women but to the dignity of the members of the Indian Army — men and women — who serve as equal citizens in a common mission. The time has come for a realisation that women officers in the Army are not adjuncts to a male dominated establishment whose presence must be ‘tolerated’ within narrow confines,” Justice Chandrachud had observed in a 54-page judgment in the Army case.