Smithophis arunachalensis, or the Arunachal Rain Snake, is so rarely sighted that it took researchers 15 long years to prove it was a new species. 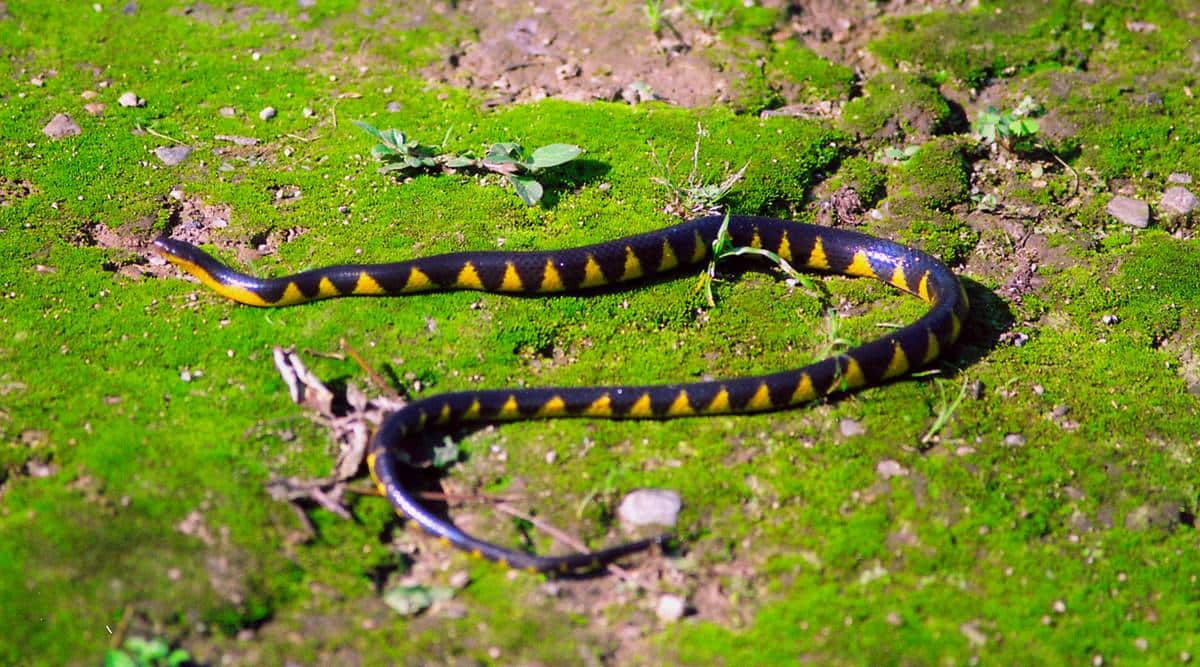 A specimen damaged beyond repair, only one surviving colour print photograph, and a passage of 15 years — the clues were far more challenging than the researchers would have liked them to be.

Yet, after scouting museums over the world for similar specimens, getting an octogenarian British gentleman to reconstruct the damaged one, and long years of cross-referencing and research, the beautiful yellow and black patterned snake, that Wildlife Institute of India researcher Abhijit Das had seen as a young graduate student on a field trip to Arunachal Pradesh’s Dibang Valley in 2005, finally has a name: Smithophis arunachalensis, or the Arunachal Rain Snake.

“When I first saw the snake, I confused it with a krait because it looked similar. Still, I was curious, and clicked a photograph of it. It was not a great one as I did not have a digital camera,” recalled Das, based in Dehradun.

Since that single sighting, it took 15 years to describe the snake scientifically. “Just one specimen was not enough to ascertain its taxonomic status as it looked similar to snakes from Meghalaya and Mizoram,” said Das, “So we started exploring museum collections in search of similar snakes.”

Over the years, Das, along with other researchers Deepak Veerappan, Edward O Z Wade and David J Gower of the Natural History Museum London, and Pune-based herpetologist Ashok Captain, pieced together clues to identify the snake, which has now been reported as a new species in the reputable Zootaxa journal. This is the fourth described species under the genus Smithophis, found only in Northeast India, Myanmar and Southern China.

The researchers located six specimens in the Natural History Museum, London, Zoological Survey of India and regional museums in Arunachal Pradesh. The specimen in London, however, was damaged — its head detached from its body.

“This snake is so rare that we did not want to miss out on the data from even a single specimen,” said Das. That was when Dr David Gower, the head of Zoology Department, Natural History Museum London, told them of the genius of Edward O Z Wade. “He is in his 80s, and a master at recreating snake scales,” said Das, “Basically, he can recreate the original morphology from a damaged specimen — almost like a plastic surgery.”

Over nearly four months, Wade worked on recreating an exact replica of the original specimen. “I regret not taking images of him while he was at work,” said Deepak Veerapan, Scientific Associate, Natural History Museum, London, in an email. “Ed uses a microscope fitted with camera lucida to carefully hand draw every scale on the snake’s head and neck in order to reconstruct it to its original shape. It takes days, sometimes weeks, for him to draw one snake.”

According to Das, the Smithophis arunachalensis is so rare that since its first collection in 1935, only five other specimens have been registered and multiple surveys in Lower Dibang Valley in Arunachal Pradesh yielded only one sighting. “So little is known of the distribution and natural history of this species that it is currently likely to qualify as ‘Data Deficient’ based on criteria for the Red List of Threatened Species,” he said.

The discovery also throws up another pertinent point. “The new species is found in Lower Dibang Valley and Changlang Districts in eastern Arunachal Pradesh. The localities are at the downstream of Proposed Etalin Hydropower Project,” said Das. The contentious hydroelectric power project has sparked concerns from environmentalists ever since it was proposed.

Veerapan added that such dams have the potential to “submerge the safe haven that many endemic species, including the Smithophis arunachalensis, inhabit.”