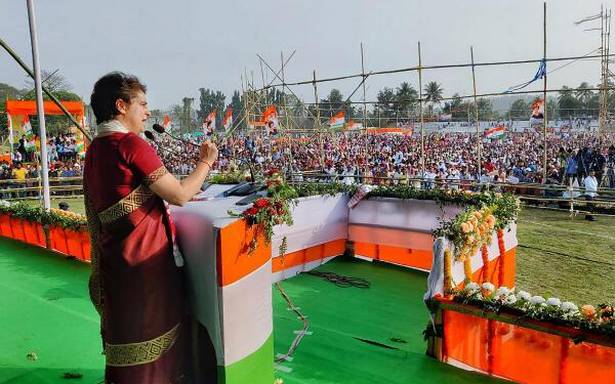 The Congress released a fresh list of 26 names late on Wednesday for the second phase of Assembly polls in Assam. The party has already declared 43 seats for the first two phases since last Saturday.

The party has named candidates for some of the key seats in the Barak Valley of South Assam that has been a bone of contention between the Congress and it’s ally, Badruddin Ajmal-led All India United Democratic Front (AIUDF).

Keen to oust the BJP from its former stronghold, the Congress has forged a grand alliance of seven parties in the State to take on the NDA.

While the BJP is seeking a second term on the basis of its governance record, the Congress has raised the issue of identity politics and the Citizenship Amendment Act in the State.

The three phase voting in the State will take place on March 27, April 1 and April 6. And the results will be declared on May 2.