A release from the National Health Mission, Assam on Monday said that out of the 2.8 lakh Covid-positive cases between April 1 and June 26 this year, 34,606 fell in the under-18 age group. 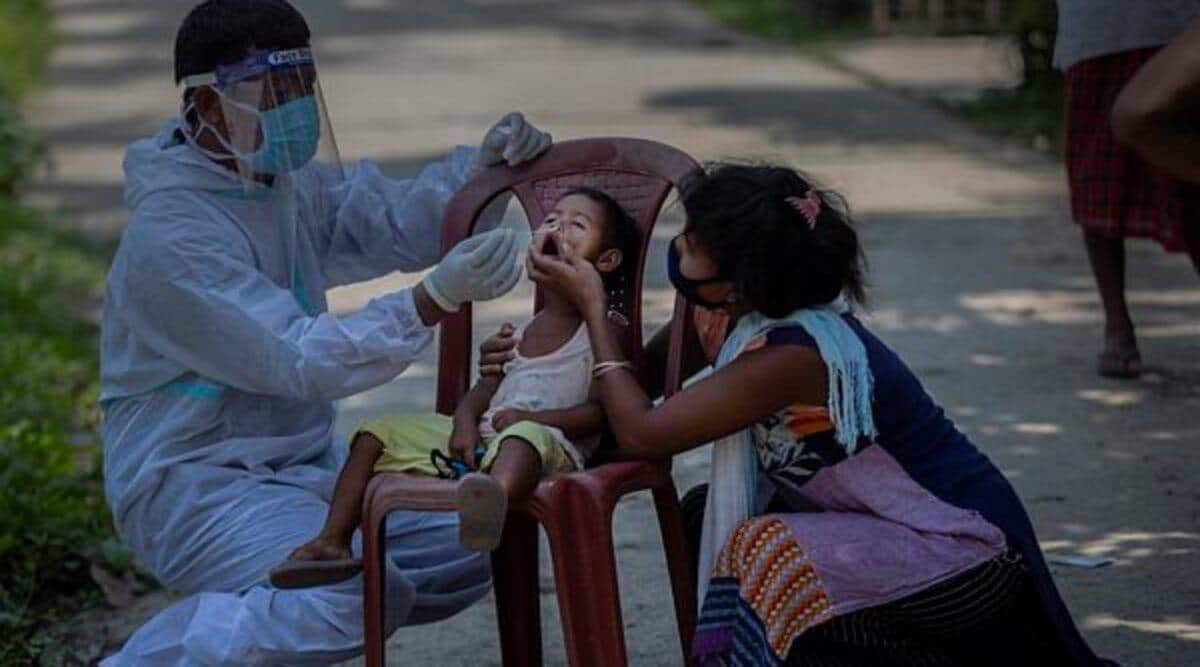 As many as 34,606 children below the age of 18 have tested positive for Covid-19 during the second wave of the pandemic in Assam, authorities have said. This accounts for 12 per cent of the total cases reported since April 1 this year.

A release from the National Health Mission, Assam on Monday said that out of the 2.8 lakh Covid-positive cases between April 1 and June 26 this year, 34,606 fell in the under-18 age group. While 5,755 children under five years of age tested positive, 28,851 infections were recorded in the six to 18 age group.

“Among the children affected, most of them are in the 10 to 18 age group,” Health Minister Keshab Mahanta told the media on Monday, adding that the government has taken note of the development. “We are taking a number of steps including activating paediatric ICUs in all medical colleges in the state, as well as district hospitals,” he said.

On Monday, 11 children in a special children’s home at Tezpur in Sonitpur district tested positive for the virus, following which the Assam State Commission for Protection of Child Rights (ASCPCR) officials went to monitor the situation.

“Since several children across the state have tested positive, we have sent letters to all district deputy commissioners and joint directors of health, asking them to take up the matter,” said ASCPCR member Rupa Hazarika. “We have made a set of recommendations. They include paediatric ICUs, child-friendly wards for Covid-positive kids, along with arrangements for mothers and caretakers as well separate delivery rooms,” she said.

Lakshmanan S, Assam’s Mission Director of the National Health Mission, said that children accounted for eight per cent of the total cases in the first wave. “This figure has gone up to 12 per cent this year. Earlier, a major portion of those in the below-10 age group was exempted from testing. This time, however, if an adult has tested positive and is under home isolation, we have tested the children as well. Therefore, there has been an increase in the number of children testing positive,” he said.

He added that out of the 34,606 positive cases, 34 have succumbed to the infection — 0.1 per cent of the total cases. “It is mostly because of comorbidities such as congenital diseases affecting the heart, kidney, etc,” he said.

The district with the highest number of cases among the under-18 age group is Kamrup (Metro), with 5,346 children infected. “To stop the spread of infections among kids, we prefer that parents should opt for institutional quarantine,” he said, adding since there was no vaccine for children yet, the need to follow Covid-appropriate behaviour was crucial.