Uttar Pradesh, Maharashtra and Delhi are expected to see the biggest jump in cases by the end of this month. UP tops the list with 1,19,604 projected cases by the month-end, almost five times the 20,439 registered on April 15. 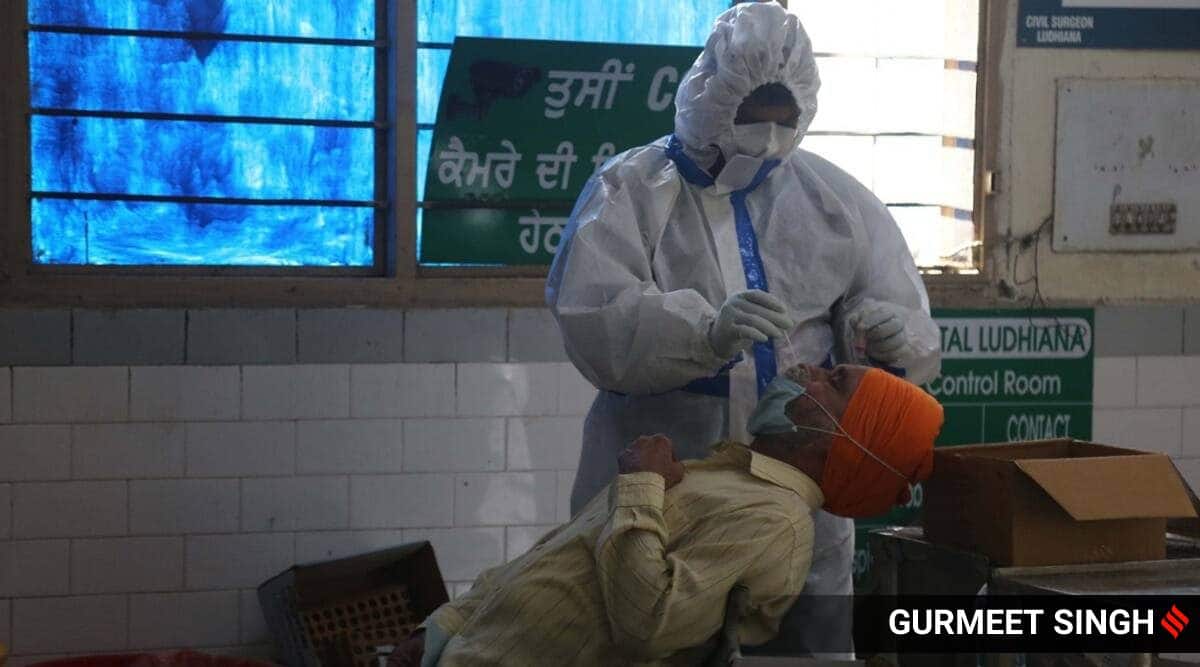 The ongoing Covid surge is expected to peak in mid-May, with the daily count likely to reach 5 lakh, and may subside by June-July; heavily populated states are at “particular risk”; and, health infrastructure in states is not adequate enough to cope with the “very serious scenario”.

These are the key points flagged during a presentation made by NITI Aayog member Dr V K Paul, who heads a key Central panel, during the Prime Minister’s review meeting with Chief Ministers on Friday, The Sunday Express has learnt.

The presentation also notes the various measures taken by the Government to “break the chains of transmission”: “revised, liberal” vaccination policy; improving “production and availability” of oxygen; “augmentation of availability” of remdesivir; and, various outreach initiatives.

“Team India will fight this second onslaught of Corona and win the war,” it concludes. Yet, a major portion of the presentation details the extent of the crisis, including the projected number of cases by April 30 and shortfall in critical equipment in surge states (see chart). According to sources, Paul flagged glaring gaps in the health infrastructure of 10 states that have a high burden of cases: Maharashtra, Delhi, Uttar Pradesh, Chhattisgarh, Karnataka, Kerala, Tamil Nadu, Madhya Pradesh, Rajasthan and Gujarat.

Of these, Uttar Pradesh, Maharashtra and Delhi are expected to see the biggest jump in cases by the end of this month. UP tops the list with 1,19,604 projected cases by the month-end, almost five times the 20,439 registered on April 15. Delhi could see the daily count go up to 67,134 by the end of this month, almost four times of 17,282 registered on April 15.

“No state has adequate infrastructure to deal with the surge in cases. (The) number of deaths may increase due to lack of treatment facilities,” the presentation says.

Warning that the Covid “wave is still rising” and the “peak is away — possibly mid-May”, it estimates that “cases can go upto 5 lakh per day — or even more” in the coming days and “deaths will rise”. The “wave will take time to subside — be ready till June/July,” states the presentation, which has been shared with the states.

It points out that health system capacities are “overshooting” with “shortages of oxygen” and “some drugs” – and that last December-end, there were 81,094 ICU beds in the country, which could meet the requirement of only up to 1.5 lakh cases per day. The “situation will worsen if we delay change in strategy”, it warns. Pointing out that India is “leading (the) proportion in daily new cases and deaths globally”, it notes that the country has become the only nation to record the highest number of cases — 3.15 lakh — in a single day.

Paul, who heads the Centre’s Empowered Group of Officers on Medical Emergency Management Plan, did not respond to phone calls and messages from The Sunday Express seeking his comments on the presentation’s contents. But a state official, who attended the Prime Minister’s meeting, confirmed its contents.

The official, from one of the 10 surge states, accepted that there are infrastructure gaps but said the “biggest problem” is shortage of oxygen. “Today, the problem is not health infrastructure, it is oxygen. We can ramp up the number of beds if we get oxygen,” the official told The Indian Express.

The presentation also details the vaccination programme and the Government’s efforts to augment the supply of liquid medical oxygen and Remdesivir. The availability of oxygen has been increased by 3,300 metric tonnes per day, it states. “India has 1,172 oxygen tankers (16,732 MT capacity)…efforts to increase to more than 2,000,” it says.

“Guidelines have been formulated on oxygen requirement… Need for further dissemination and implementation of the guidelines at the hospital level,” it says.

On Remdesivir, it states: “With growing demand, production ramp up started in March from a level of 27.44 lakh vials per month towards 74.10 lakh vials per month in May… Supplies are made by manufacturers through distribution channels catering to private hospitals and institutions as well as directly to Government bulk purchases… About 49.07 lakh vials have been delivered across the country” from March 1-22.