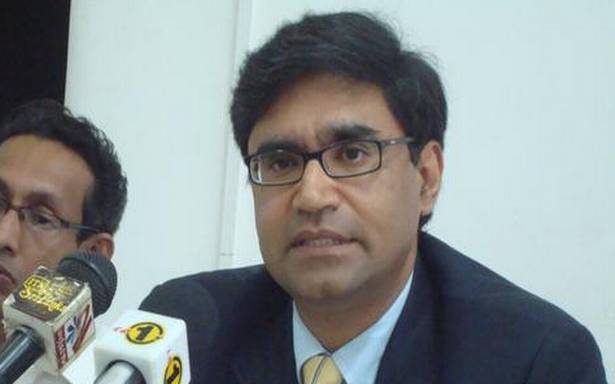 India’s envoy to China has called on Beijing to “avoid shifting goalposts” by blurring the immediate challenge of managing disputed border areas with the longer term negotiations to resolve the boundary dispute, saying both sides needed to follow past agreements and pursue both objectives on parallel tracks.

Underlining the obstacles that India-China relations currently face, Ambassador to China Vikram Misri said, “The first is to avoid shifting goalposts.” He was speaking at a Track Two dialogue held by Indian and Chinese institutes last week and the transcript was made available by the Indian Embassy in Beijing on Saturday.

Mr. Misri said both sides continued to have conversations about resolving the crisis on the Line of Actual Control, and following disengagement at Galwan Valley, the north and south banks of Pangong Lake, and most recently at Gogra last month, were now taking up remaining friction areas.

“For long, the Indian and Chinese sides have adhered to a well-understood distinction between resolving the boundary question and managing border affairs,” he said. “The 1988 understanding between our leaders was precisely for keeping the resolution of the boundary question on a track separate yet parallel to the bilateral relationship, with maintenance of peace and tranquillity as the prerequisite. The Special Representatives mechanism, the Agreement on Political Parameters and Guiding Principles of 2005 and the three-phase framework were all designed to work on the boundary question, which we agreed was a complex and sensitive issue requiring time to work through.”

“On the other hand,” he said, “for managing border affairs on a daily basis, we evolved a mechanism, consisting of instruments such as the WMCC [Working Mechanism for Consultation and Coordination on border affairs] and a succession of agreements, protocols and CBMs, to govern behaviour on the ground and ensure peace and tranquillity. A serious violation of peace and tranquillity in the border areas naturally requires us to apply our minds on the basis of established agreements, protocols and mechanisms to resolve it. As we do so, any attempt to confuse border affairs with the boundary question is a disservice to the work of those involved in finding solutions.”

He said this was why India had been “consistently saying that the current issue is about restoring peace and tranquillity to the border areas and is not about the resolution of the larger boundary question, on which our stance has not changed, despite what happened last year,” referring to the crisis in eastern Ladakh.

Chinese officials in statements have justified Beijing’s mobilising of thousands of troops along the LAC last summer by citing China’s territorial claims, including to the Galwan Valley, and accusing India of infringing on those claims. Indian officials have said China’s unilateral actions went against the four border agreements that govern the behaviour of troops in disputed areas. The agreements also acknowledge both sides’ differing claims to the LAC. Clashes in the Galwan Valley in June last year led to the death of 20 Indian soldiers and at least four Chinese troops, marking the worst violence since 1967.

On Friday, India’s Ministry of External Affairs said, “It was the provocative behaviour and unilateral attempts of the Chinese side to alter status quo in contravention of all our bilateral agreements that resulted in serious disturbance of peace and tranquillity”, responding to a statement from China’s Foreign Ministry saying the Galwan Valley clash “was caused by the Indian side’s illegal trespass of the LAC to encroach on Chinese territory”.

Mr. Misri called on both sides to address the other’s sensitivities. “It cannot be that only one side’s concerns are of relevance while the other side’s case goes unheard. Safeguarding territorial integrity and national security holds equal value for both sides. Affixing blame exclusively on the other side is not a helpful approach.” He said both had space to cooperate on issues including tackling the pandemic, concerns about terrorism in the region and the situation in Afghanistan.