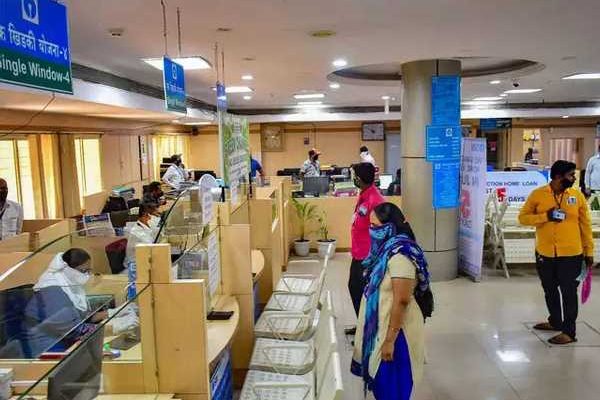 Since the bankcuptcy law came into effect from December 2016, with every quarter, the recovery rate has progressively been going down, notes Tamal Bandyopadhyay.

Samir Kumar Nath, 74, a retired chief general manager of the State Bank of India, was arrested last month by the Kolkata police.

As a nominee director, appointed by the bank on the board of Spentex Industries Ltd, a loan defaulter, he had a stint between September 17, 2015, and December 1, 2017.

The Nagpur-based company had not transferred provident fund to the tune of little over Rs 3.29 crore (Rs 32.9 million) for employees. I don’t know why Nath or the State Bank didn’t respond to the notice served by the loan recovery officer. Probably he did not draw the bank’s attention to it.

In June, the recovery officer wrote to the Kolkata police to arrest Nath and bring him to Nagpur ‘as soon as practicable’ and ;in any event within 24 hours of his arrest (exclusive of the time required for the journey)’ unless the defaulter paid the amount to the regional PF commissioner, Nagpur.

The restructuring of the loan of Spentex Industries, a textile company, is pending before the National Company Law Tribunal (NCLT), which has appointed an interim resolution professional. The Employees’ Provident Fund Organisation, Nagpur, had filed the claim before him.

Nath spent a few days in police custody in Kolkata before he was released on August 22 when Shashank Raizada, regional PF commissioner-II, compliance and recovery, Nagpur, decided not to proceed with the arrest warrant after the State Bank got into action.

As a nominee director, Nath’s mandate was to safeguard the State Bank’s interest — the lead bank of the consortium that had lent to Spentex — by attending the board meetings of the company. He did not have any executive role and was never involved in the day-to-day functions of the company. Barring a nominal sitting fee, he did not get any remuneration from the bank for this assignment.

While Nath’s arrest will create a fear psychosis among the nominee directors of defaulting companies whose loans are being restructured, the July 12, 2022, Supreme Court judgment on a case of Vidarbha Industries Power Ltd vs Axis Bank Ltd, a critical question has cropped up on the role of the NCLT in bad asset resolution.

The Supreme Court has held that the power of the NCLT to admit an application for initiation of the corporate insolvency resolution process by a lender under Section 7(5) of the Insolvency and Bankruptcy Code (IBC) is only ‘discretionary’ and ‘not mandatory’ in nature.

The IBC came into force on December 1, 2016, for speedy recovery of bad loans.

Incidentally, in the case of Pune-based steel products maker Innoventive Industries Ltd vs ICICI Bank Ltd — the first case filed under IBC — in August 2017, the Supreme Court had said: ‘The moment the adjudicating authority is satisfied that a default has occurred, the application must be admitted unless it is incomplete…’

This means once the NCLT is convinced about the existence of debt and default, the corporate insolvency resolution process can commence against the borrower. There is no discretion with the NCLT to reject a petition of a financial creditor against a defaulter.

The latest judgment gives a new twist to the process of bad loan recovery, which has been getting slower.

It says the NCLT can use its discretion while admitting a case for loan restructuring as the word ‘may’ has been used in the provision for financial creditors as opposed to the word ‘shall’ in Section 9(5), which makes it a mandatory requirement in the case of operational creditors.

It distinguishes between the financial creditors such as banks and non-banks and operational creditors or the entities to whom operational debt is owed or the dues arising out of business transactions.

It was passed on a Special Leave Petition filed by power generation company Vidarbha Industries, which had defaulted in repayment of a loan taken from a consortium of six banks, led by Axis Bank.

In January 2020, Axis Bank had filed an application under Section 7 of the IBC at the NLCT to initiate corporate insolvency and resolution for its Rs 533-crore exposure that turned bad.

The company had sought a stay on it as various proceedings were pending before the Maharashtra Electricity Regulatory Commission (MERC), the Appellate Tribunal for Electricity (APTEL), and the Supreme Court. The proceedings include an appeal filed by the MERC against the APTEL order before the Supreme Court on Rs 1,730 crore (Rs 17.30 billion) due to Vidarbha Industries on account of revision of tariff caused by rise in price of coal from financial year 2015 onwards.

The argument was that a dispute relating to the price of the electricity, which was to be settled by the MERC, had led to the default and the company expected to receive a substantial amount that would enable it to clear the debt.

After both the Mumbai Bench of the NCLT as well as the National Company Law Appellate Tribunal dismissed the application for a stay, the company moved the Supreme Court.

The Supreme Court observed that in cases of financial debt, even if the NCLT is convinced of a debt and a default, it has discretion to reject the petition for other reasons. Section 7 of the IBC uses the word ‘may’ and not ‘shall’; solvent companies should not be penalised for temporarily defaulting in repayment of their debts.

One hopes that the defaulters do not make a beeline to take advantage of the newfound discretionary power of the NCLT to escape the insolvency process, citing temporary default.

Even though Section 12(1) of the IBC stipulates that the resolution process should be completed within 333 days from the date of approval by the NCLT, most cases take far more days.

Between April and June 2022, the average time taken has further increased to 709 days for 23 cases. The resolution time is calculated after excluding time of litigation.

As on June 30, 2022, out of a total of 3,637 cases closed, 1,703 or 46.6 per cent of cases have been closed by way of liquidation. This has led to lower realisation of value by the financial creditors in relation to their claims as liquidation value has consistently been declining.

Till June 2022, approximately 500 resolution plans have been approved, leading to around 31 per cent or a Rs 2.35 trillion recovery against Rs 7.67 trillion in claims of the creditors.

Since the law came into effect from December 2016, with every quarter, the recovery rate has progressively been going down. It was 35.89 per cent at the end of September 2021 and 33.10 per cent in December 2021. Further delay will only impact it adversely.

Once the admission of a case is left to the discretion of the NCLT, the delay will get stretched, erode the value of assets, and make the recovery for the lenders much more difficult, dealing a severe blow to the bad debt resolution process.