The Baghjan 5 well, located in Assam's Tinsukia district close to the Dibru-Saikhowa National park, has been burning for more than five months now. 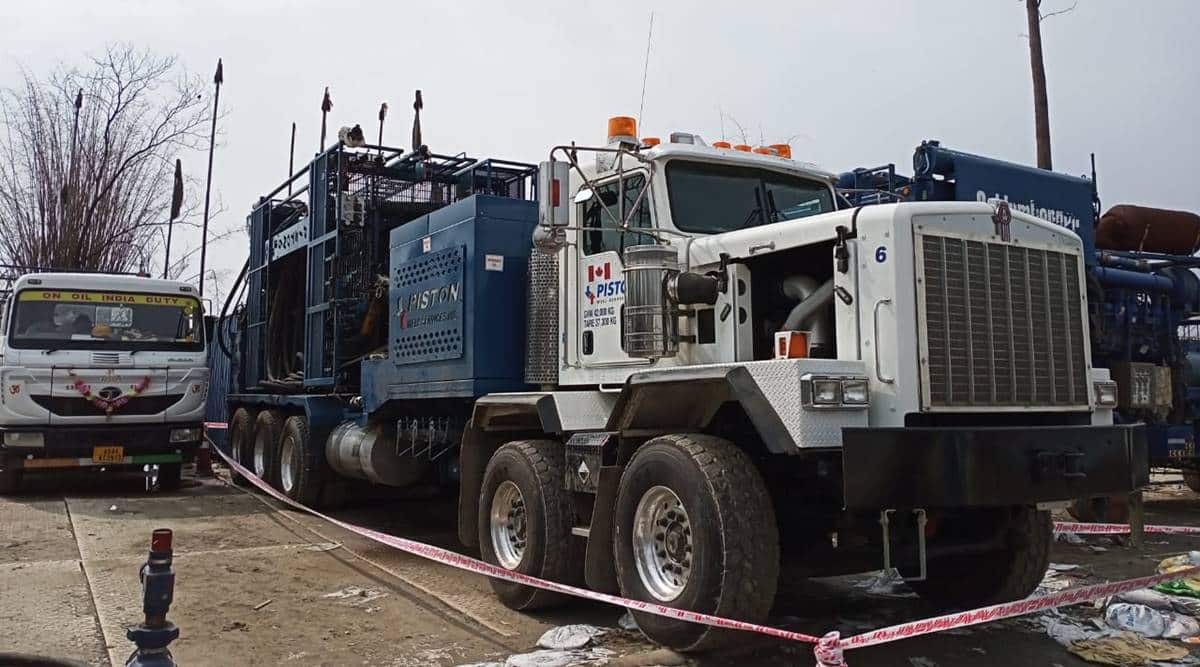 The Oil India Limited (OIL)-owned Baghjan 5 well, which erupted on May 27, has been burning for more than five months now. On Thursday, a press statement from OIL said that the “well-killing operation by the snubbing unit will commence in the next couple of days.”

The snubbing unit is a special technology that has been brought from Calgary, Canada and reached the site on Wednesday evening. OIL resorted to the technology when they failed to control the well after reaching the penultimate stage of operations in mid-August.

On May 27, a blowout or an uncontrollable release of natural gas was reported at well number 5 in the Baghjan oilfield in Assam’s Tinsukia district. On June, the well erupted in flames.

According to OIL spokesperson, Tridiv Hazarika, the operation may take up to four or five days.

“With all equipment and accessories related to Snubbing Operation in place at site, arrangement for placing snubbing unit is in progress” said the OIL statement.

Meanwhile, a National Green Tribunal (NGT)-constituted expert panel recommended legal action against the OIL, reiterating the various transgressions by the company while operating the Baghjan 5 well.

In a status update report dated October 31, NGT’s expert panel — led by retired Gauhati High Court judge BP Katakey — directed the Pollution Control Board, Assam (PCBA) to “take appropriate legal action against OIL and its officials for violation of the mandatory requirements of Water (Prevention & Control of Pollution) Act, 1974, the Air (Prevention & Control of Pollution) Act, 1981, and Authorization under the Hazardous Waste (Management & Handling) Rules, 1989 and the Hazardous and Other Wastes (Management & Transboundary Movement) Rules, 2016.”

A preliminary report by the panel — dated July 24 — had stated that OIL did not have, till date, the required consent to establish or operate, to either carry out drilling and testing of hydrocarbons at well number 5. It also blamed “deficiency” in understanding, planning and “proper supervision of critical operation at the well site, from both the contractor as well as from OIL” for the blowout.

The well is located close to the ecologically-sensitive zones of the Dibru-Saikhowa national park and Maguri Motapung wetland. When on June 9, the well caught fire, it gutted 57 homes, displacing thousands, affecting the surrounding wildlife, and leading to the deaths of two firefighters.

Also from Explained | Assam gas leak: why it’s tough to plug, and what threat it poses to the area

In June, a principal bench of the NGT heard two separate petitions —one by Kolkata-based environmentalist Banani Kakkar and the other by WildLife and Environment Conservation Organisation which works for conservation awareness in Upper Assam districts — and constituted an eight-member Committee of Experts, to be led by Katakey. While two reports were submitted on July 26 and August 1, the most recent report is a status update report on the progress, assessment and findings of the committee till date. The final report is expected to be submitted by December.

In the report, the panel pointed out that OIL had not carried out a Biodiversity Impact Assessment Study, despite being mandated by the Supreme Court to do so. On September 7, 2017, the Supreme Court had granted OIL permission to carry out hydrocarbon extraction on the condition that they do a Biodiversity Impact Assessment Study, considering the concerned wells — including Baghjan 5 — were located in environmentally sensitive zones.

The committee also said that ambient noise levels in and around the site are above “permissible standards” and recommended that OIL should take “urgent measures to bring down the noise level within the limit prescribed under Rule 3(1) and Rule 4(1) of the Noise Pollution (Regulation and Control) Rules, 2000.

The panel cited a number of independent studies — some still ongoing — on the environmental impact of the blowout and observed that prominent fish species have been completely wiped out from the wetland, there was a decrease in river dolphins, an increase in calf mortality, and a reduction of bird diversity and density. A stillbirth of an endangered hoolock gibbon from a village located on the southern periphery of Maguri-Motapung Beel was also reported.

The committee recommended the “need for long term study covering all aspects to assess the actual damage caused by the Well No. 5 Baghjan and design appropriate restoration plan for the landscape after complete stoppage of fire and killing of the well.”

About the report, OIL’s Hazarika said: “We will respond when the final directive from NGT is received.”

The panel has fixed compensation of Rs 25 lakh to 173 families affected by the blowout and the fire and Rs 20 lakh to 439 families, who were less affected. “The amount already paid to any of the aforesaid families shall be deducted from the said amount” stated the report. As per OIL’s statement, the company has released Rs 36.90 crore in compensation till date.