With this, ten persons, including Dhirendra’s brothers Devendra and Narendra, have been arrested in the case. While Dhirendra was booked for murder, seven others were held for criminal conspiracy. There are at least 20-25 unnamed persons in the case, PTI reported. 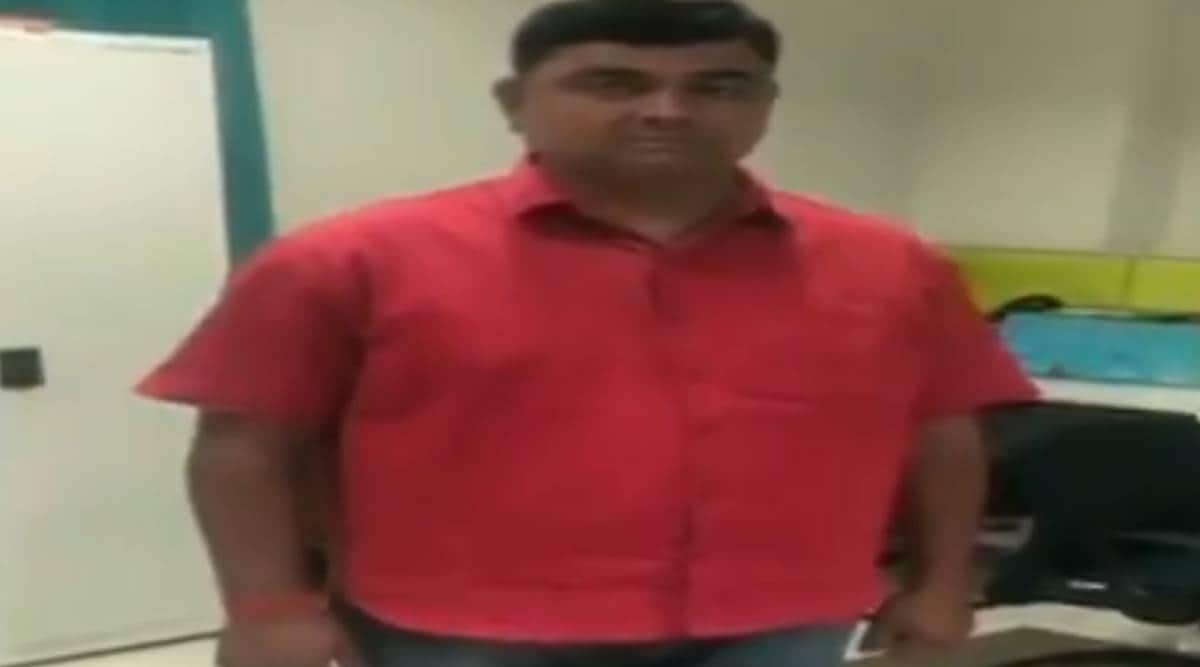 Three days after a 45-year-old farmer was shot dead in the presence of administrative and police officials in Ballia district, the Uttar Pradesh Special Task Force (STF) arrested the main accused, Dhirendra Pratap Singh, from Lucknow on Sunday.

According to police sources, Singh was arrested from Janeshwar Mishra Park in the state capital.

With this, ten persons, including Dhirendra’s brothers Devendra and Narendra, have been arrested in the case. While Dhirendra was booked for murder, seven others were held for criminal conspiracy. There are at least 20-25 unnamed persons in the case, PTI reported.

The shooting on Thursday, following a fight over the allotment of a ration shop, took place in full public glare, leading to pandemonium. According to the police, Singh shot the farmer from his licensed pistol.

Taking cognizance of the matter, Chief Minister Yogi Adityanath had ordered suspension of all the police personnel and officials, including Sub-Divisional Magistrate (SDM) Suresh Kumar Pal and Circle Officer Chandrakesh Singh, who were present at the spot.

Recently, a reward of Rs 75,000 was announced on each of the named accused who were absconding. Sources in the police department suggested that the administration might also consider booking the accused under the National Security Act.

Amid reports that Singh is a local BJP leader, the saffron party’s Ballia district unit president Jai Prakash Sahu denied Singh was a party worker but added that he “could be a BJP supporter”.

BJP MLA from Bairiya, Surendra Singh, said that Singh is an ex-armyman and supporter of the BJP.

On Friday, Surendra Singh had come out in support of the main accused, claiming that the latter had opened fire in self defense as it was a “kill or get killed” situation then.

“Dhirendra Pratap Singh opened fire in self defence or else dozens of his family and associates would have been killed… He had no other option. It was a do-or-die situation fro him,” the BJP legislator told reporters.

In Lucknow, Additional Chief Secretary (Home) Awanish Kumar Awasthi said that besides the SDM and the Circle Officer, 10 more policemen, including two sub-inspectors and eight constables, have been suspended.

The role of the Station Officer of Revati Police Station is also being investigated, Awasthi added.