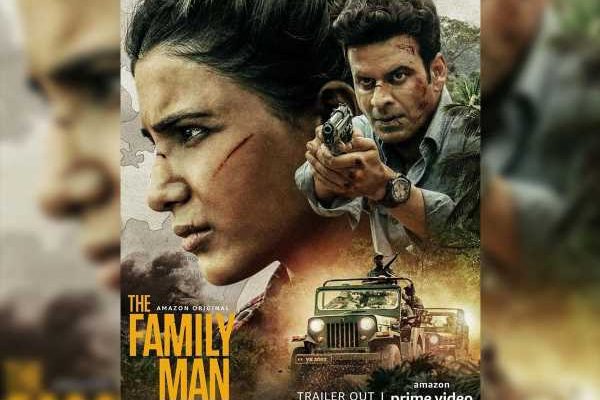 It is known news that Samanth Akkineni is making her debut in digital world  with an upcoming web drama The family Man 2, which will be premiered on Amazon Prime.  Now according to the latest report, the web drama The Family Man Season 2 has landed in a trouble. On Monday, TN govt wrote a letter to Information and Broadcast Minister Prakash Javadekar  and said that The Family Man Season 2’ release on  OTT platform Amazon Prime Video must be halted, not just in the  Tamil Nadu state, but across the country.

According to the Tamil Nadu government, the Raj and DK’ web drama  The Family Man 2 starring Manoj Bajpayee and Samantha Akkineni‘ depicts the Eelam Tamils in a highly objectionable manner’.

The letter read: I would like to bring to your notice about inappropriate, condemnable and the malicious contents of The Family Man 2 in Hindi,  that depicts the Eelam Tamils in a highly objectionable manner. The trailer which was released on social media is aimed at distorting the historical struggle of Eelam Tamils in Sri Lanka.

On Sunday, MDMK leader Vaiko had made a similar plea to Prakash Javadekar  and demanded a ban on its release.

The Family Man 2 is set to premiere on 4th June on Amazon Prime Video.