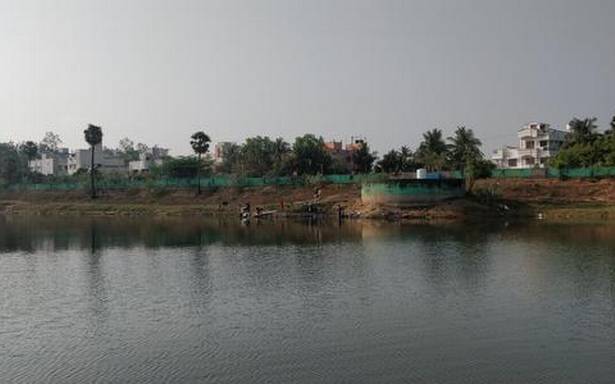 Reports are not a solution to the problem, the Bench said, calling for an action plan to take steps to prevent pollution to the water body

The damage caused to Perungudi lake cannot wait for a long period and for the “whims and fancies” of the administrators, who have to be proactive in taking steps to prevent the pollution being caused to the water body, the southern bench of the National Green Tribunal has said. The case relates to illegal discharge of sewage water into the lake.

The bench said that TNPCB had not mentioned the reason for the excess BOD in the water. Counsel for the Board submitted that it may be due to discharge of sewage water. “If that be the case, the observations made by the Tamil Nadu Pollution Control Board that the total coliform is in conformity with the standard provided will have to be revisited,” the bench said.

The Public Works Department that filed a separate report, informed the Tribunal that there were plans for rehabilitation of all tanks in the Kovalam basin that come under the Chengalpet and Chennai districts under the Comprehensive Flood Mitigation Project. The project is estimated to cost ₹2,000 crore and involves creating biodiversity parks/ tree-planting around the banks of the water body and protecting the lake against the future encroachment. The PWD further said a Detailed Project Report has been sent to the government and after approval from the World Bank, it would be executed.

The bench, taking note of the submission, however said the report submitted by the PWD was not a solution to the problem and that “they are only having a dream project of rejuvenating all the water bodies in the State. We do not know when the scheme will be approved and when the funding will be provided and when they will be starting the execution of the work and completing it”.

The bench directed the Additional Chief Secretaries for the PWD and Municipal Administration and Water Supply to look into the issue and take appropriate decisions on policy matters quickly, and submit an action plan to the Tribunal.