Coming days after political violence in Basirhat where two workers of the BJP and one of Trinamool Congress were killed, the doctors’ protests have kept the political pot boiling. WHAT started as a clash between angry relatives of a patient who died and junior doctors at Nilratan Sircar Medical College in Kolkata leaving two interns injured — one critically — has spilled over to all state-run medical college hospitals and become a rallying point for the political opposition, led by the BJP.

Coming days after political violence in Basirhat where two workers of the BJP and one of Trinamool Congress were killed, the doctors’ protests have kept the political pot boiling.

On Wednesday, the “cease-work” agitation by junior doctors and interns snowballed from NRS hospital to all 13 medical college hospitals and at least six district hospitals. Many of them pulled shutters down on their Outpatient Departments (OPD) and, in some places, even emergency services.

Explained: Why the health care logjam in Bengal was waiting to happen

Significantly, West Bengal Chief Minister Mamata Banerjee is also Health Minister. Demanding her direct intervention, doctors demanded “permanent security arrangements” in the hospitals. While Banerjee is yet to meet them, her deputy Chandrima Bhattacharya, Minister of State for Health, visited NRS hospital. There were also meetings between doctors and government representatives; a note from the government that the CM was herself monitoring the situation and an appeal from TMC MP Abhishek Banerjee — but all this failed to break the deadlock. 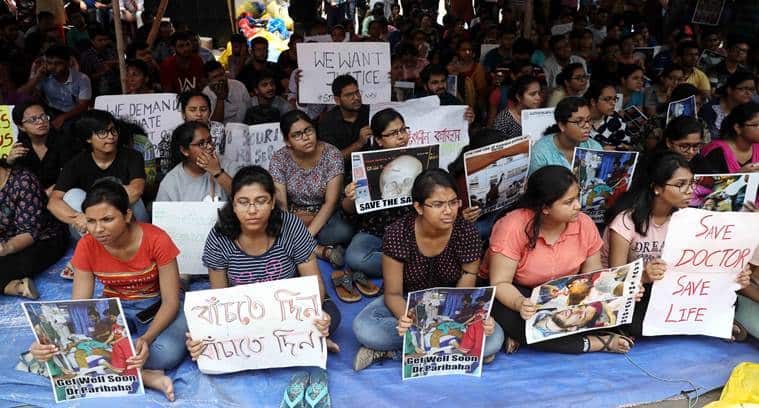 Meanwhile, the Opposition parties, led by BJP, alleging deteriorating law and order situation in the state, found a new rallying point: the insecurity of doctors and the attack on them.

The BJP’s successful election campaign had underlined what it called the state’s “appeasement of Muslims.” It tried to frame the NRS incident in that context alluding to the religion of those who attacked the doctors — the patient who died was 74-year-old Mohammed Sayeed and his angry relatives were joined by a mob of neighbours and local residents.

Said state BJP chief Dilip Ghosh: “Even doctors are not feeling safe under this government…These people are bringing mob from outside. I wonder why police officials are so active when it comes to stopping BJP’s rally but where are they when doctors were being beaten up in NRS? All anti-social people of one particular community are doing this under police protection.”

Ghosh’s remarks came after clashes between the police and BJP workers during the party’s “Lalbazar Abhiyan” (march to Kolkata police headquarters), where police used tear gas and water cannons to disperse protesters. 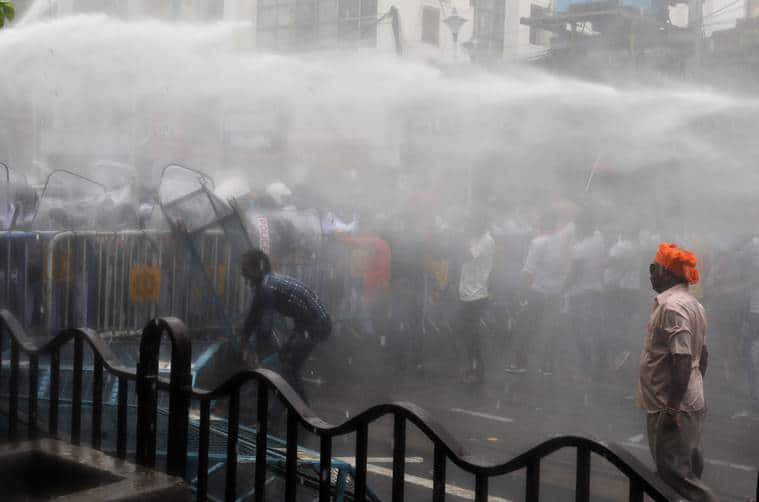 Sayeed was admitted on June 9 and declared dead on Monday June 10 at 5.30 pm. His family alleged that despite their requests, the doctors didn’t attend to him. Finally, he was given an injection after which he didn’t gain consciousness. As many as 11 relatives of the deceased surrounded the on-duty doctors and allegedly misbehaved with them.

The doctors said they would release the body only after an apology. Soon, a mob of local residents from Tangra area barged into the hospital. The mob pelted junior doctors with stones. Two interns were injured: Paribaha Mukherjee, hit by stones, is being treated at the Institute of Neurosciences and Yash Tekwani was admitted to NRS.