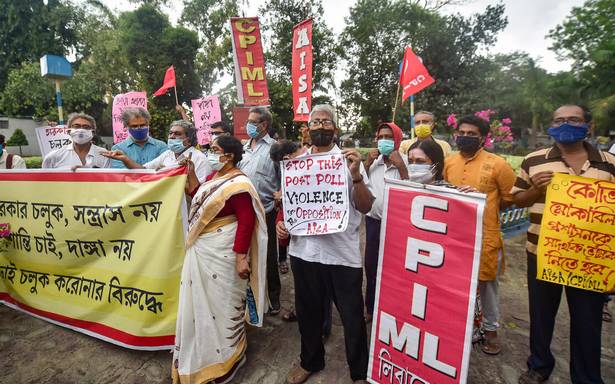 The Supreme Court Tuesday asked the Centre and West Bengal government to respond to a plea seeking directions to prevent alleged exodus of people due to "state-sponsored" violence and constituting an SIT to investigate and take appropriate action against culprits.

A vacation bench of Justices Vineet Saran and B.R.Gavai directed that the National Human Rights Commission (NHRC) and the National Commission of Women (NCW) be made parties in the matter after the petitioners said that they have taken note of situation of people in West Bengal.

The top court said the replies of the Centre and West Bengal be filed in the matter and listed the plea for further hearing in the week starting June 7.

Earlier on May 14, West Bengal Governor Jagdeep Dhankhar visited areas of Assam bordering the State and said it was a matter of shame that the people of West Bengal had to take shelter in adjoining States to escape violence.

“Nothing can be more shameful for us than people of West Bengal taking shelter in other States,” he told journalists in Siliguri.