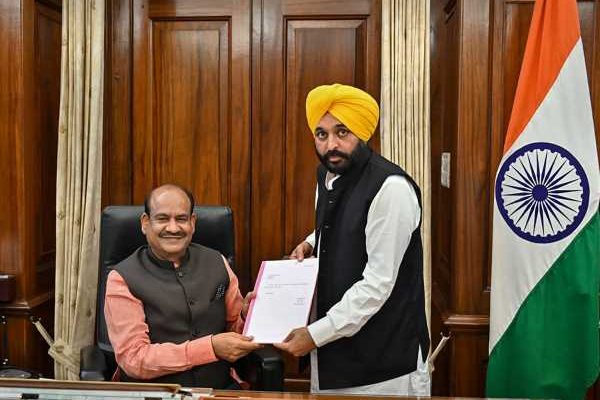 Mann first won election to the Lok Sabha from the Sangrur constituency in Punjab in 2014, and was re-elected in 2019, the only AAP MP to win that election from anywhere in India.

On Monday, he resigned as a member of the Lok Sabha.

‘I will miss this House. Punjab has given me a huge responsibility. But I promise people of Sangrur that a bold voice will echo in the House soon. I thank people who trusted and voted for their son,’ Mann said after submitting his resignation to the Lok Sabha Speaker.

Please click on the images for a look at Mann’s farewell to Parliament. 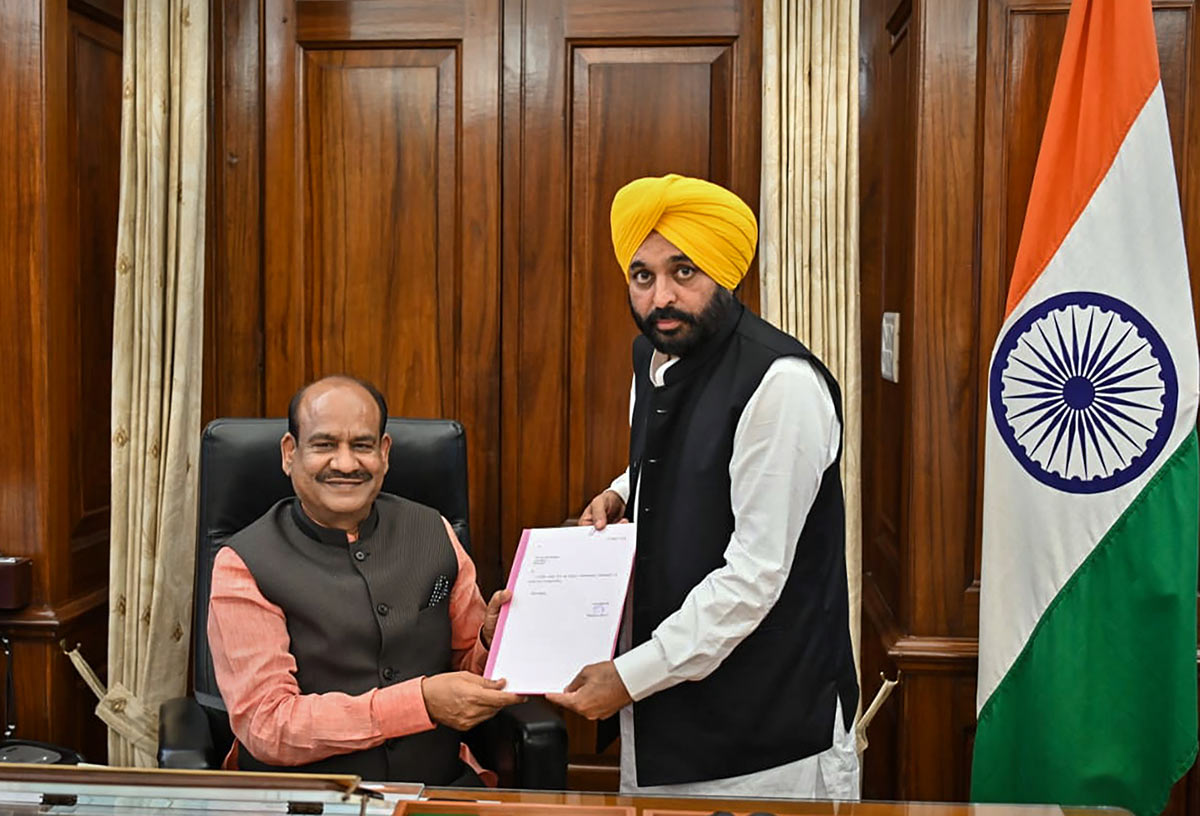 IMAGE: Bhagwant Mann submits his resignation a member of the Lok Sabha to Speaker Om Birla. All photographs: PTI Photo IMAGE: ‘Parliamentary camaraderie: many @incIndia MPs came up to Bhagwant Mann to congratulate him on his election victory & appointment as CM of Punjab.’
‘I had the pleasure of sharing his joy after five years of being seated in the same bench in the Lok Sabha in the previous term,’ Congress MP Shashi Tharoor tweeted.