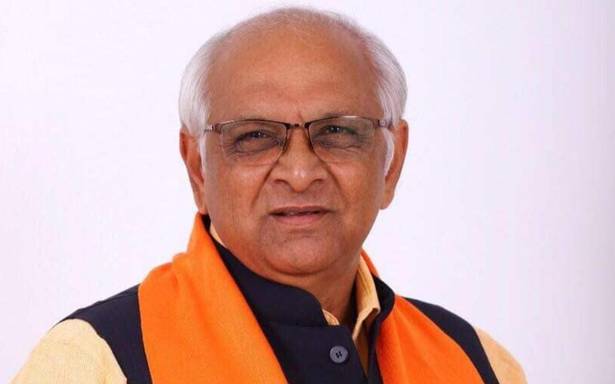 Bhupendra Patel has been chairman, Standing Committee of Ahmedabad Municipal Corporation and also Chairman, Ahmedabad Urban Development Authority (AUDA). He is a first-time MLA. Earlier, he served as municipal councillor in Ahmedabad.

Bhupendra Patel had won with the largest margins of 1.17 lakh from Ghatlodia in the last Assembly polls.

The Gujarat BJP legislature party met earlier at the party headquarters in Gandhinagar to elect a new leader to replace Chief Minister Vijay Rupani, following his sudden resignation on September 11.

The party high command deputed two Central observers Narendra Singh Tomar and Pralhad Joshi who conducted the legislature party meeting in which a new leader would be elected to the Chief Minister’s post.

According to party sources, the new Chief Minister along with the Council of Ministers is likely to be sworn in on Monday.

On Saturday, Mr. Rupani suddenly submitted his resignation along with his Council of Ministers, paving the way for a long expected change of guard in the State.

The State BJP president C.R. Patil’s name also figured among the probables but in a video statement he ruled himself out stating that he was not a Chief Ministerial candidate.

There was a strong buzz in the party about a likely Patidar face as the new Chief Minister before the next year’s Assembly election. All top contenders, including Mr. Mandavia and Mr. Faldu, are from the Patidar community.

In Gujarat, the Patidars are a dominant caste having a sizeable control over the political economy with its hold over the lucrative cooperative sector, education, realty and construction and small and medium enterprises.

The Patidars form the backbone of the BJP in Gujarat as the party’s first Chief Minister in 1995 when it came to power for the first time was Keshubhai Patel, a Patidar leader from Saurashtra region.

However, there was also another theory that the new Chief Minister could be from OBC community but there is no prominent leader in the party who could be chosen for the post ahead of the crucial elections next year.

Insiders in the party contended that the high command wanted to go to the electorate with a fresh face in order to dilute the anti-incumbency factor after the pandemic in which the State administration under Mr. Rupani often floundered and did not perform as per the high command’s expectations.

“We don’t know the name as yet but what appears certain is that a Patidar leader will most probably be the next CM,” a State leader earlier told The Hindu, adding that with a Patidar at the helm, the party will renew its strong tie with the community ahead of the Assembly poll.

In the last Assembly election held in December 2017, the ruling BJP could barely win a simple majority with 99 out of 182 seats.

Meanwhile, besides the Chief Minister, the ruling party is likely to make massive changes in the Cabinet with over half a dozen top members of the outgoing Cabinet likely be dropped in order to infuse new blood in the government.

“Most of the top Cabinet Ministers will be out,” a source in the party said. Those likely to be axed include Revenue Minister Kaushik Patel, Education Minister Bhupendrasinh Chudasama, and Power Minister Saurabh Patel.