As discontents with 15 years of Nitish raj rise to the fore, and a desire for bringing in the new makes itself heard in Bihar, Tejashwi Yadav’s RJD faces a difficult predicament in this election: It is new — but it is also old. 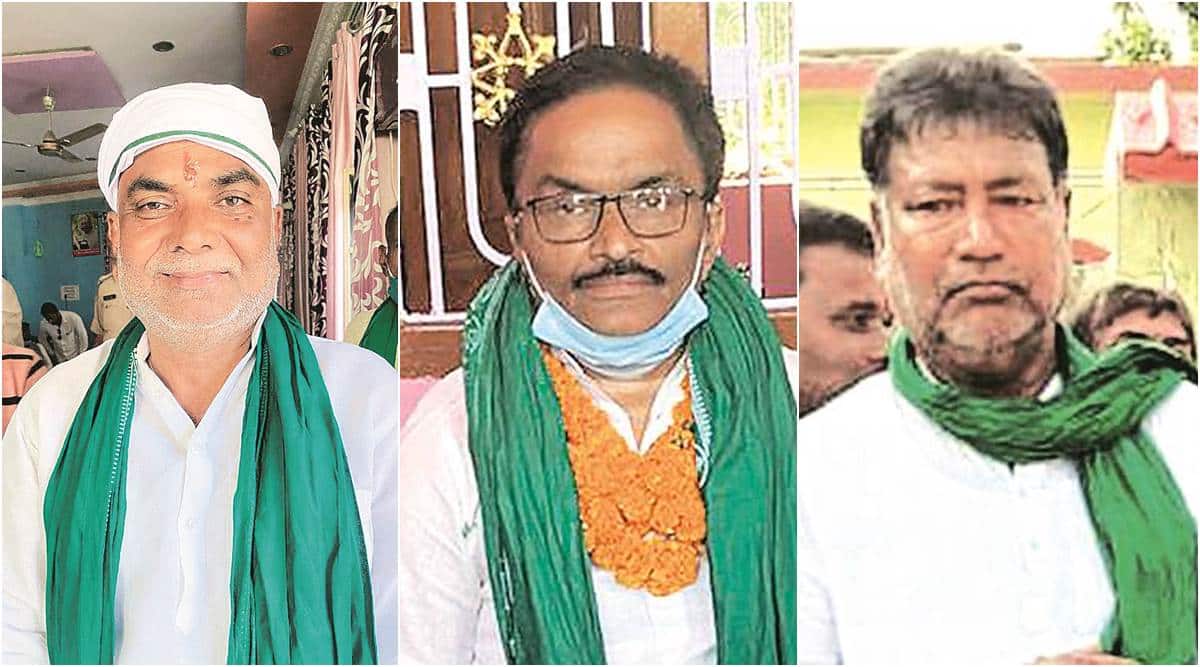 As discontents with 15 years of Nitish raj rise to the fore, and a desire for bringing in the new makes itself heard in Bihar, Tejashwi Yadav’s RJD faces a difficult predicament in this election: It is new — but it is also old.

The RJD’s new chief ministerial candidate is his father’s son. Lalu Prasad gave the RJD its politics and its ideological core in the turbulent 1990s — but he also gave it its straitjacket.

He upended an entrenched upper-caste domination by mobilising an array of backward castes in a state of fierce caste inequalities. Over the years, however, Lalu’s radical and largehearted coalition shrank, and “social justice” came to mean Yadav domination. Electorally and politically, the RJD became the “M-Y” (Muslim-Yadav) party.

In Election 2020, Team Tejashwi is attempting to rally the M-Y base while breaking the M-Y constraint. It has cast the RJD net wider among castes and communities and is taking pains to project itself as the “A to Z” — not just “M-Y” — party.

The ticket distribution is the message with its far greater emphasis on the numerical presence and preponderance of caste groups locally, and winnability.

This has meant that the RJD has put up candidates from upper and non-Yadav backward castes in places it hadn’t earlier. It has also meant that it has not hesitated to give tickets to candidates who have been prominent in other parties but have now crossed over to the RJD — even when that other party is its main ideological opponent, the BJP.
That last is significant — apart from “social justice”, Lalu’s RJD made anti-BJP-ism its calling card. Lalu’s politics thrived and traded on that moment in 1990 when he halted the Rath Yatra to Ayodhya by arresting LK Advani in Samastipur.
Come to Darbhanga and meet three candidates to get a glimpse of the new RJD.

His “mool rajneeti” has been BJP, says Gami, as he prepares to set out for the day’s campaigning from his home at 7 am Saturday, in a cavernous room filled with mask-less supporters.
Gami won the seat from Hayaghat constituency in the same district on a BJP ticket earlier, and left the party when it denied him a ticket. Before crossing over to the RJD, he was briefly with the JD(U). “My family has been associated with RSS-BJP since 40 years… janam liye toh BJP mein (I was born into the BJP)… I started as nagar adhyaksh, became the BJP’s district president”.

In this election, BJP supporters are with him, claims Gami, not with the BJP candidate: “He only has the symbol, the cadre is with me”, he says. According to Gami, the RJD has taken a leaf from the BJP book to take the fight to the BJP.

“My core vote is from my community of Banias, who have traditionally been BJP supporters. Now, they will vote for the RJD”. Add that to the RJD’s core M-Y vote, he says, and it means victory. “And if Gami becomes RJD MLA, how will the RJD not be seen as the A-to-Z party?”

Gami dismisses questions of ideological discomfort. “Yes, I still believe in rashtriyata (nationalism). But hasn’t the BJP allied with everyone, including the PDP? Yes, Laluji arrested Advani ji. But RK Singh (district magistrate, Samastipur, who made the arrest) is today a minister in the BJP government at the Centre. Ram Kirpal Yadav, who called himself Hanuman of Lalu, is a BJP MP. And isn’t Advani ji under house arrest in the time of Modi?”

It is 10:10 under a blazing sun as Vinod Mishra walks the narrow lanes of village Ganoun with a posse of RJD workers.

Mishra was in the BJP for 30 years, a two-term district BJP vice president and a special invitee of the district working committee when he joined the RJD on the edge of this election on October 14.

“Because the BJP did not give me a ticket, because it is taking the support of the Maithil Brahmins for granted. It thinks, where will they go”. This is the first time the RJD has given a ticket from this assembly seat to a Brahmin, says Mishra.

Alinagar was the pocket borough of veteran RJD leader Abdul Bari Siddiqui, who has been shifted to another, “safer” constituency. The move targets two birds with one stone, he says: It takes care of anti-incumbency against the MLA, while also joining Brahmin vote to the RJD.

“By giving me the ticket, the RJD is honouring Maithil (Brahmins), Maithili (language), and Mithila (region)”, says Mishra.

On the famed anti-Brahminism of the Lalu-RJD: “Pehle jo hua alag baat thi (it was different earlier). The RJD was seen as savarn virodhi (anti-upper castes)”, says Mishra. “But if there can be sanshodhan (amendment) to the Indian constitution, why not in the RJD?”

Choudhary is also a BJP import in the RJD, he came via the LJP. “I was in the BJP for five years, in the LJP for six. The LJP did not give me a ticket because they do not want to put up a candidate against the BJP — even though I had worked in the constituency…”

Like Gami and Mishra, Chowdhary is very conscious of the RJD’s leap of politics in giving him the ticket from Bahadurpur — this is the erstwhile seat of Bhola Yadav, longtime Lalu loyalist, who, like Siddiqui, has been shifted to another seat. “The RJD has never put up a Rajput from here before. This time its ticket distribution has gone by the proportional strength of communities in the population”.

“With my coming into the RJD, R has been joined to M-Y”, claims Choudhary — R stands for Rajput. “All three are high-voting communities”.

Lalu was “orthodox”, he says, but “Tejashwi is different”. Choudhary’s main plank against Nitish — “In my speeches, I tell voters that Nitish is savarn virodhi (anti-upper castes). He tilts too far for the EBC (extremely backward castes)”.

The RJD, then, in Darbhanga and elsewhere, may be on the cusp of a transition. By all accounts, it is opening itself up — if only strategically, and if only by preserving, not blurring, the caste lines.

This is its bid to attract the Core Plus vote when it has been out of power for 15 years, its bastions breached by both JD(U) and BJP and when it is taking on a Chief Minister who has astutely used the instruments of state apart from a deft politics to stamp his image even and, especially, in remote and ill-lit corners of this state.

The question is: Will this experiment be able to take on the voter cynicism and disbelief — in the voter’s imagination, the image of the “Yadav party” is etched deep. The question will also be: Will this tentative experiment survive another RJD defeat?