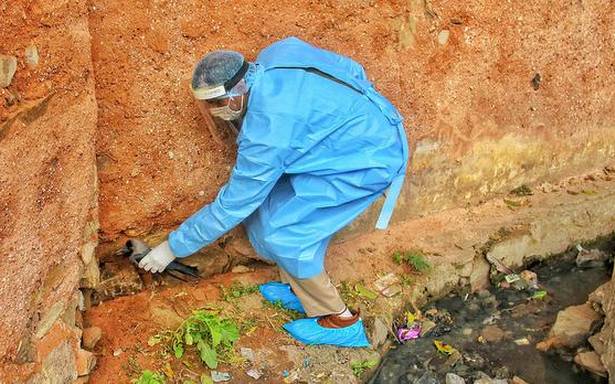 Avian flu has been reported at 12 epicentres in four States — Rajasthan, Madhya Pradesh, Himachal Pradesh and Kerala. Directions have been given to enforce culling in sick birds as per the government’s 2015 National Avian Influenza Plan, according to a press statement from the Ministry of Fisheries and Animal Husbandry on Wednesday.

In these States, cases of bird flu have been confirmed in crows in Rajasthan and Madhya Pradesh, in “migratory birds” in Himachal Pradesh, and in poultry and duck in Kerala.

Influenza (AI) viruses have been circulating worldwide for centuries with four known major outbreaks recorded in the last century. India notified the first outbreak of avian influenza in 2006. Infection in humans is not yet reported in India though the disease has an animal origin.

“There is no direct evidence that AI viruses can be transmitted to humans via the consumption of contaminated poultry products. Implementing management practices that incorporate bio security principles, personal hygiene, and cleaning and disinfection protocols, as well as cooking and processing standards, are effective means of controlling the spread of the AI viruses,” the Health Ministry advisory added.

In India, the disease spread mainly from migratory birds coming into India during the winter months from September-October to February-March. However, secondary spread by human handling (through fomites) cannot be ruled out.

In 2005, the Department of Animal Husbandry and Dairying, had prepared an action plan which was revised in 2006, 2012, 2015 and 2021, for the guidance of State governments in the prevention, control and containment of avian influenza in the country. This was prepared in the context of global concerns that the avian flu viruses would jump to humans and be transmissible.