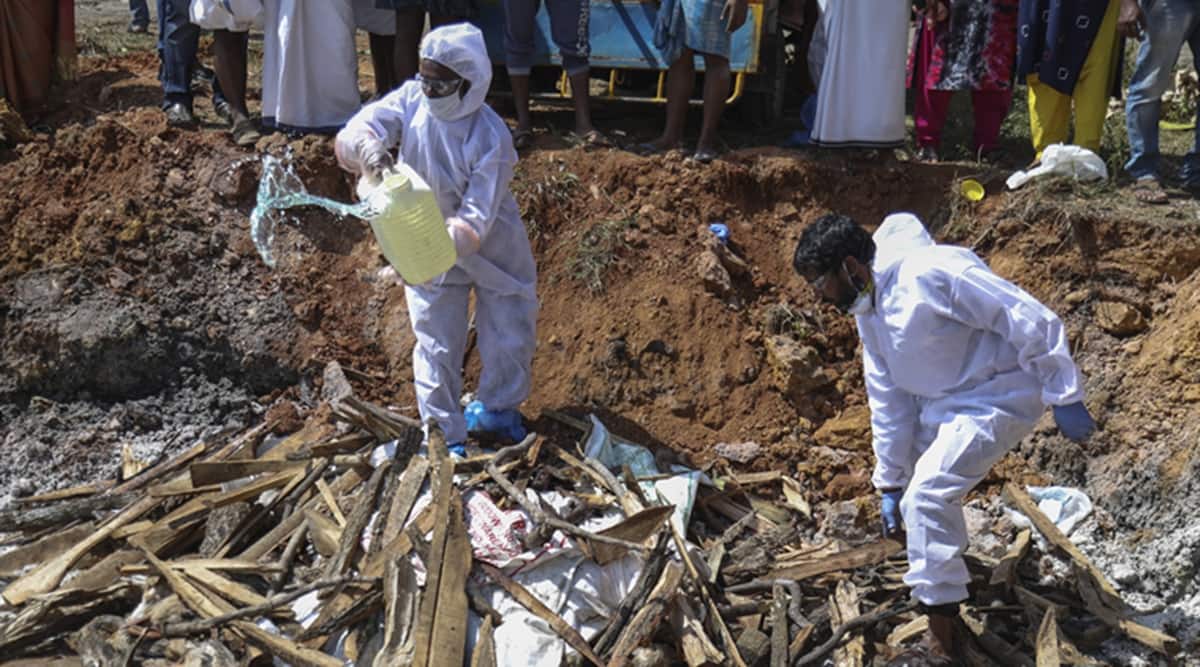 The Centre on Wednesday said that Avian Influenza, or the bird flu outbreak, had so far been reported at 12 epicentres across four states — Kerala, Rajasthan, Madhya Pradesh and Himachal Pradesh — and issued advisories to contain further spread of the infection.

Of the 12 epicenters, the bird flu has been reported in crows in Baran, Kota, Jhalawar region of Rajasthan as well as Mandsaur, Indore, Malwa areas of Madhya Pradesh. In Himachal Pradesh, the infection was found in migratory birds in Kangra region and in poultry ducks in Kottayam, Alappuzha (4 epicentres) in Kerala.

Avian influenza or bird flu is a highly contagious viral disease caused by Influenza Type A viruses, which generally affects poultry birds such as chickens and turkeys. There are many strains of the virus; some of them are mild and may merely cause a dip in egg production or other mild symptoms among chickens, while others are severe and lethal. The Union Ministry of Fisheries and Animal Husbandry have asked other states to keep a vigil on any unusual mortality amongst birds. The current bird flu outbreak comes few months after India on September 30, 2020, declared the country free from the disease. India notified the first outbreak of Avian Influenza in 2006.

Here are the latest developments:

Madhya Pradesh Chief Minister Shivraj Singh Chouhan Wednesday said that no chicken consignments from Kerala and other southern states would be procured for the next 10 days in view of the bird flu scare in MP.

Talking to reporters in Indore, Chouhan also said his government was issuing directives to ban the transportation of chicken consignments from these states to the border districts of Madhya Pradesh.

“Bird flu symptoms were found in chickens in Kerala and other southern states. Therefore, we have decided that no chicken from these states will be allowed to enter Madhya Pradesh for the next 10 days,” Chouhan was quoted as saying.

The state government has directed all district collectors to talk to poultry farm owners for deciding guidelines for the prevention of bird flu.

Presence of H5N8 virus (a variant of avian influenza or bird flu) was found in the carcasses of crows in Mandsaur and Agar Malwa district, PTI reported, citing government officials. A total of 155 dead crows in Indore have been found with the H5N8 virus since the pathogen was first detected in the state’s commercial hub a week back.

The Kerala government Wednesday classified the avian flu outbreak as “state disaster” after the Centre notified the outbreak of H5N8 subset of Influenza A in two districts of Kottayam and Alappuzha. Culling of nearly 50,000 birds is currently in progress in the two districts. 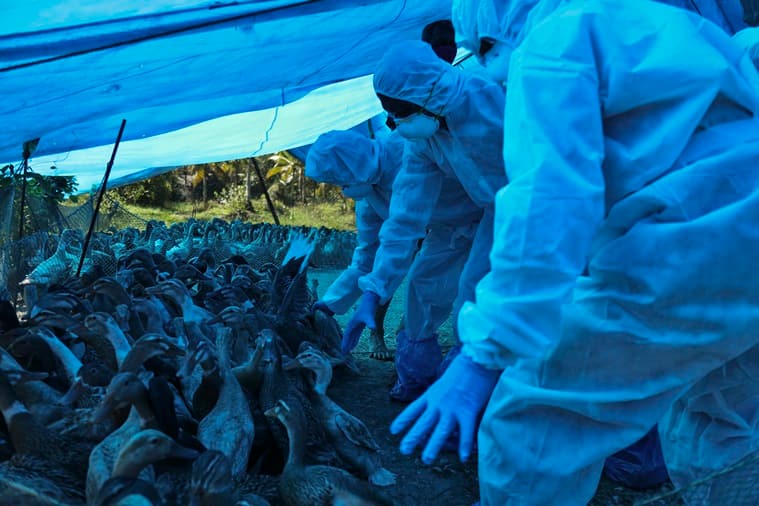 Following the announcement by Kerala, neighbouring state Karnataka has put four bordering districts on high alert. After an advisory from the Ministry of Environment, Forests and Climate Change, the state Animal Husbandry department issued the alert for Dakshina Kannada, Udupi, Mysuru, Kodagu districts.

The Kodagu district administration put up checkpoints in the border areas of Kutta, Makutta and Karike for screening poultry birds and other products arriving from Kerala and also sanitising the transport vehicles as a precautionary measure. Kodagu Deputy Commissioner Annies Kanmani Joy directed officials to sanitise all poultry-carrying vehicles arriving from Kerala before their entry into the district.

Over 600 birds found dead in Rajasthan, CM calls for vigil

The Rajasthan government has instructed officials to maintain special vigil in view of the death of crows and other birds due to avian influenza.

On Tuesday, Chief Minister Ashok Gehlot, while chairing a review meeting of the animal husbandry department, said  places like Keoladeo National Park and other sanctuaries, Sambhar lake and in all such places where birds flock should be monitored.

“Effective preventive measures should be ensured. Veterinarians and avian experts should analyse these incidents closely and keep ensure arrangements to prevent the situation from aggravating,” a release quoting him said.

The government has also issued an appeal to the public to inform control rooms set up by the animal husbandry department of any dead bird near their houses.

Following the outbreak of avian flu, the Union Ministry of Fisheries, Animal Husbandry and Dairying in a statement said that states have been asked to keep a vigil on any unusual mortality amongst birds.

The ministry also said that it has set up a “control room” in New Delhi to keep a watch on the situation and to take stock on a daily basis the preventive and control measures undertaken by the state authorities.

Among measures suggested to affected states include: strengthening biosecurity of poultry farms, disinfection of affected areas, proper disposal of dead birds/carcasses, timely collection and submission of samples for confirmation and further surveillance, intensification of surveillance plan as well as the general guidelines for prevention of disease spread from affected birds to poultry and human.

States have also been suggested to coordinate with the forest department for reporting any unusual mortality of birds.