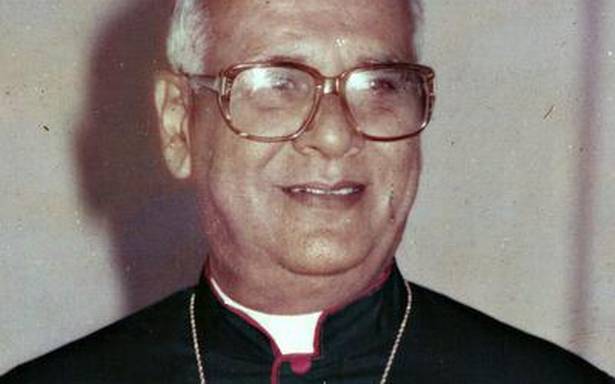 The Mangaluru Diocese will observe the 25th death anniversary of Bishop Basil Salvadore D’Souza, with a Memorial Holy Mass on September 9 in the city.

A release from the Diocese here said that Most Rev. D’Souza led the Catholic Diocese of Mangaluru from May 11, 1965 till his death on September 5, 1996. The mass will be conducted at the Our Lady of Holy Rosary Cathedral, Rosario, at 9.30 a.m. A short documentary film on the life and mission of the Bishop will be screened and a book will be released at the Mini Hall at 10.30 a.m.

The release said that under Bishop Basil’s leadership, the Diocese that also included Udupi and Kasargod in Kerala, saw progressive changes. During his tenure, many new parishes were built and new educational and religious institutions were established.

He was instrumental in starting the Canara Organisation for Development and Peace and the Institute of Social Development. He started hospitals at Badyar and Kinnigoli. He organised the visit of Pope John Paul II and Mother Teresa to Mangaluru. He was the first Bishop to start liturgy in vernacular and got New Testament, Missal and the Books of Mass Readings translated into Konkani.