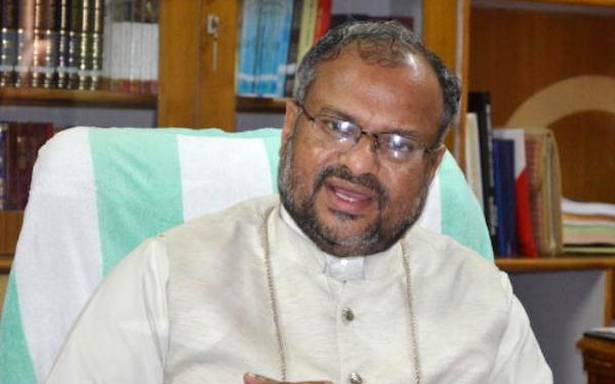 “Praise the Lord”, the Bishop told media persons, while emerging out of the court after the verdict

The Additional District and Sessions Court I in Kottayam on January 14 acquitted Bishop Franco Mulakkal, former head of the Latin Catholic Diocese of Jalandhar, of all charges in connection with a rape complaint filed by a nun in the same diocese.

"Praise the Lord”, the Bishop told media persons, while emerging out of the court after the verdict. He also broke down and embraced his lawyers following the judgement

Earlier in the day, the police had beefed up security on the court premises by taking into consideration a possible crisis in the law and order situation.

Based on a rape complaint lodged by a nun on June 29, 2018, the bishop was arrested on September 21 the same year. He was in jail for 25 days after the court remanded him.

The chargesheet against the Bishop, which consisted of 2,000 pages in three volumes, was submitted on April 4, 2019. The trial in the case commenced in November 2019 and concluded on January 10. Of the 83 witnesses listed by the prosecution, 39 were examined during the trial.

The witnesses included Major Archbishop of the Syro-Malabar Church Cardinal Mar George Alencherry, Bishop Kurian Valiyakandathil, Bishop of Bhagalpur in Bihar, and Bishop Sebastian Vadakkel of the diocese of Ujjain, and 11 priests and 25 nuns.