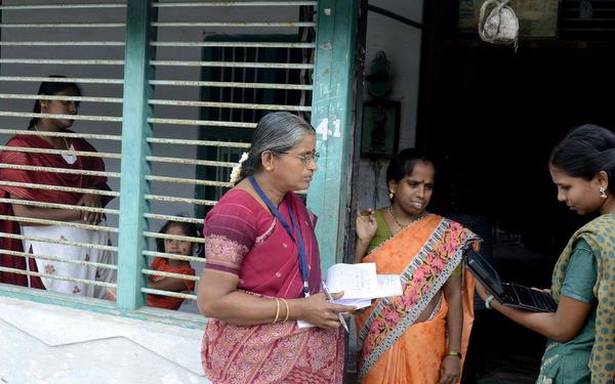 The BJP on Friday defended the Central government’s affidavit in the Supreme Court explaining its inability to conduct a caste census as part of the regular census exercise of 2021.

BJP’s OBC Morcha chief K. Laxman spoke to The Hindu over the issue, saying previous attempts at a caste census, including the Socio Economic Caste Census (SECC), had demonstrated the complexity of the exercise and the difficulty in getting reliable data.

“Under the UPA, they spent crores engaging NGOs and other agencies to carry out their census, only to come up with unreliable data. The Karnataka government had also undertaken a caste census but have not published the results. It’s a complicated exercise,” he said.

‘Let States do the job first’

BJP spokesperson Sudhanshu Trivedi stated that while the Government of India had presented the technical issues involved in the conduct of a caste census, he wanted to refer to the political context as well.

He said: “I want to ask those parties that consider themselves the BJP’s rivals and who are demanding this census whether they have done a census of their own office-bearers, MPs, MLAs, as to how many belong to backward or marginalised communities. Let even those parties who count on the support of only one community declare how much space have they ceded in the power structure to those from the community rather than keeping it limited to one family.

“You mentioned the specific case of Uttar Pradesh, let me tell you, when we were children, we used to hear of ‘dhartiputra Mulayam Singh’ [son of the soil Mulayam Singh] but ultimately, he turned out to be just the father of his own ‘putra’ [son Akhilesh Yadav].

“We used to also hear of ‘vanchiton aur shoshiton ki behen Mayawati’ [Mayawati, the sister of the deprived and exploited], but in the end, she turned out to be sister only to her own brother [Anand Kumar, who is appointed as vice president of the Bahujan Samaj Party]. In Bihar, we used to hear of ‘gareeb gurwa ki sarkar’ [a poor man’s government], that poor man’s ‘kunba’ [family] is now the richest in the land.”

He admitted that certain National Democratic Alliance constituents like the Janata Dal (U) and the Apna Dal have demanded a caste census and differed from the BJP’s more cautious view on the matter.

“They are independent parties in their own right and can have different views, just as we were backing the Ram Janmabhoomi movement and the JD(U) was not, so is this,” observed Mr. Trivedi.

“The Modi government will continue on the path of what it has been on since its inception, that of distribution of welfare goods to the poor, irrespective of caste, creed and religion,” he stressed.