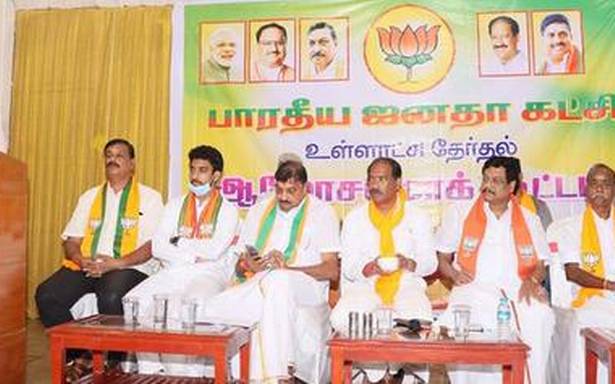 ‘We are preparing for poll as planned’

The Bharatiya Janata Party on Tuesday held a meeting of its office-bearers to prepare for the local bodies poll in the Union Territory.

A source in the BJP said the party was keen to contest at least three municipalities, including Puducherry, and at least three to four commune panchayats.