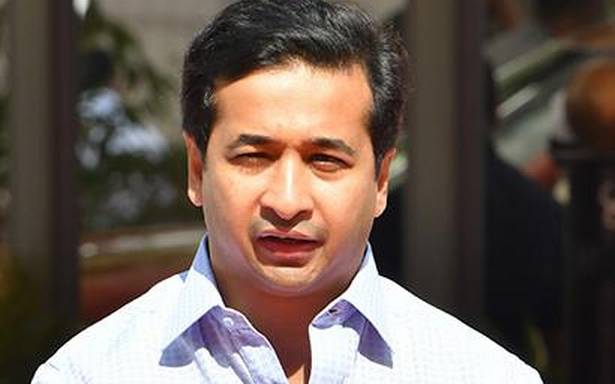 Police teams formed to arrest Nitesh Rane who is incommunicado

A week earlier, a Kankavli resident named Santosh Parab, 44, had filed a police complaint claiming he was assaulted by certain persons linked with the Kankavli MLA.

The senior Rane was also asked to be present himself at the Kankavli police station (in Sindhudurg district) to record his statement in connection with the case but the Union Minister did not do so. The police have subsequently apparently pasted the notice at Mr. Rane’s residence.

Mr. Nitesh Rane has been incommunicado and police teams have been formed to trace and arrest him. He has been charged with Sections 307 (attempt to murder) and 34 (common intention) of the IPC.

His plea states he has been falsely implicated and there is no evidence against him.

The case is likely to be heard on January 4 by a single bench of Justice CV Bhadang.