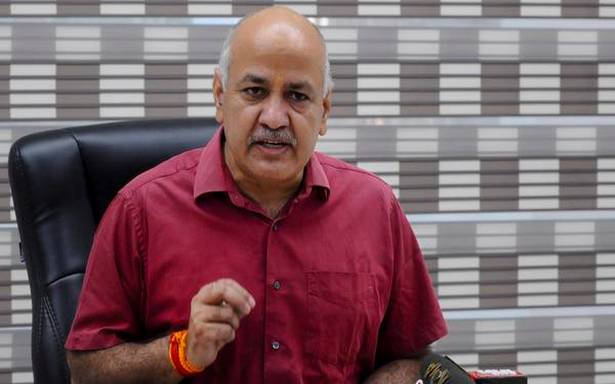 There was no immediate reaction from the BJP.

The AAP on Saturday claimed that it has learnt from "reliable sources" that the BJP is set to replace Goa Chief Minister Pramod Sawant ahead of next year’s assembly polls as people are unhappy with the performance of the state government under his leadership.

Addressing a press conference at the party headquarters here, senior AAP leader Manish Sisodia claimed that the BJP has decides to appoint a new Chief Minister because it has understood that it would be difficult for it to go to polls in the state under Mr. Sawant’s leadership.

There was no immediate reaction from the BJP.

People of Goa are unhappy with the State government under Mr. Sawant’s leadership as his dispensation failed to deliver on various fronts during its term, Mr. Sisodia said.

"We have learnt from very reliable sources that the BJP is going to replace Goa Chief Minister Pramod Sawant with someone else just two-three months ahead of the elections in the State," Mr. Sisodia told reporters.

"The BJP has decided to remove Sawant and appoint a new Chief Minister as it has understood that it will be very difficult for the party to join the fray under his leadership because he did not work during his term. People are very unhappy with the Pramod Sawant government," he added.

The AAP leader asserted that his party party will emerge victorious in the upcoming assembly polls in Goa even after appointment of a new chief minister by the BJP.

"Just by changing the face, people will not be deceived. By replacing the current Chief Minister with someone else, mood of the people will not be changed. People will give their mandate to Aam Aadmi Party (AAP) in the upcoming Assembly elections," he said.