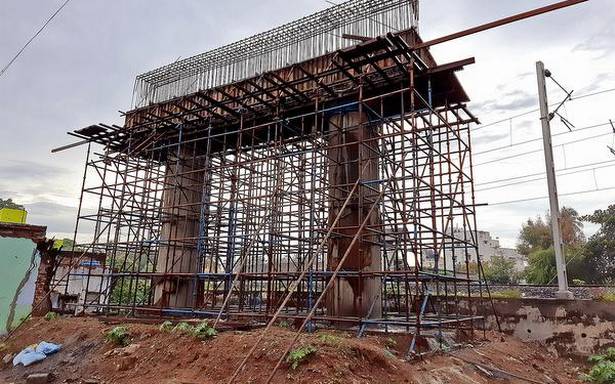 The construction works for rail overbridge (ROB) at the Maravaneri junction are progressing and are expected to be completed within a year.

A rail overbridge at Maravaneri level crossing has been a long-standing demand of the people here. Located on the Salem-Virudhachalam section, the level crossing is closed multiple times a day, leading to severe traffic congestion in the region. The Maravaneri junction is one of the major junctions in the district which is accessed by motorists from Salem-Ulundurpet road, Military road to reach the Collectorate and the Salem Government Hospital.

According to officials, though a rail overbridge was sanctioned at Maravaneri, the works got delayed due to litigations regarding land acquisition.

The works had resumed now and the bridge would ensure free traffic movement.