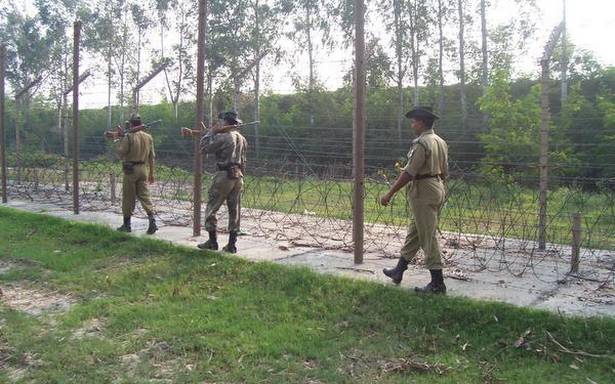 Drone crossed over from Pakistan in Samba sector

The Border Security Force (BSF) on Friday said it had recovered arms and ammunition dropped with the help of a drone from Pakistan near the International Border (IB) in Samba sector of the Jammu region.

On specific information regarding crossing of arms and ammunition by a drone from Samba border area, the BSF said it launched a search operation and around 11:30 a.m. and recovered a wrapped packet.

“The yellow colour polythene bag was spotted in a field. It contained 1 AK -47, 1 pistol, 1 magazine 15 round of 9 mm, 1 wooden frame (used to attach payload with drone) and wrapping material,” a BSF spokesman said.

The packet was dropped 250 metres away from the IB inside the Indian territory.

“The efforts of BSF troops have once neutralized the designs of Pakistan ANEs activities,” Inspector General BSF Jammu N.S Jamwal said, in a statement.

The location of the packet is the same area where a tunnel was detected on November 22, 2020 and a Pakistani intruder was killed on May 5, this year.