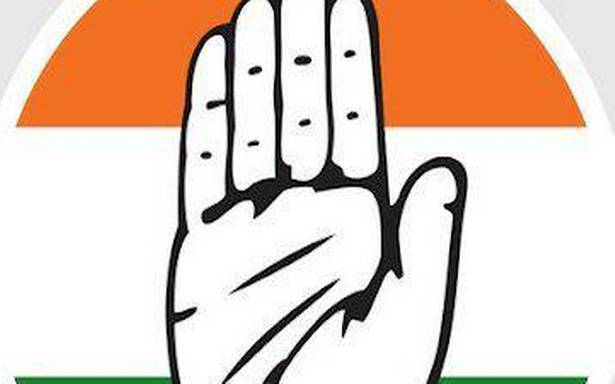 The Congress’s bid to bounce back after reverses would be put to test across the nine Assembly seats in three northeastern States where byelections would be held on October 30.

The campaign for the constituencies ended on Wednesday evening.

The Congress is the only political party contesting all nine seats — five in Assam, three in Meghalaya and one in Nagaland. It did not field any candidate for the Opposition-less Nagaland’s Shamator-Chessore seat that National Democratic Progressive Party candidate S. Keoshu Yimchunger had won uncontested.

The party received a setback in Assam after its Mariani MLA Rupjyoti Kurmi and his Thowra counterpart Sushanta Borgohain quit to join the BJP. They are now the BJP candidates for these constituencies.

The third BJP candidate contesting the Bhabanipur seat, Phanidhar Talukdar, is also a turncoat. He had won the constituency in the March-April Assembly elections on the All India United Democratic Front ticket.

In Meghalaya, the Congress hopes to retain the Mawryngkneng and the Rajabala constituencies and add the third — Mawphlang — to its tally of 17 in the 60-member House. All the representatives of these seats died necessitating the bypolls.

Congress’s MLAs from Mawryngkneng and Rajabala died, necessitating the bypolls.

In Mizoram, the Congress seeks to wrest back the Tuirial seat it lost to the Zoram People’s Movement (ZPM) in 2018. The seat fell vacant after the ZPM lawmaker died.

The main opponents of the Congress in Assam are the BJP in three seats and its ally, United People’s Party Liberal (UPPL) in two. The party’s fight in Meghalaya is expected to be primarily with the National People’s Party while it faces challenge from both the ZPM and the ruling Mizo National Front in Mizoram.

The bypolls in Assam would also be a litmus test for the BJP’s goal of nearing the simple majority mark of 64 in the 126-member House. The party currently has 59 seats after former Chief Minister Sarbananda Sonowal, who was elected to the Rajya Sabha, resigned from the Majuli constituency.

The party went all out to campaign for its candidates as well as the two of the UPPL in the Bodoland Territorial Region. This was evident from Chief Minister Himanta Biswa Sarma’s appeal to Muslims in Gossaigaon to vote for the UPPL candidate.

Less than a month ago, he had said at an event he would not campaign in Muslim areas “as they don’t vote for us”.

Officials in Mizoram said they would keep a close watch on any bid to disrupt the polling process. The Mizo Students’ Union has asked all the political parties not to make special arrangement for the Bru community voters who have decided to settle in adjoining Tripura.

Some 40,000 Brus had fled Mizoram in 1997 after a communal flare-up. The Tuirial constituency has about 12,000 registered Bru voters, including those who are now in Tripura.