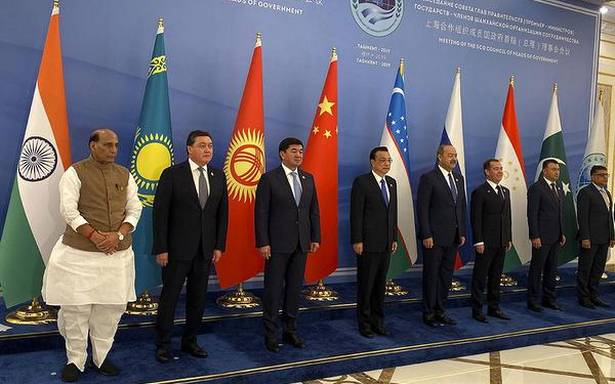 The movie is aimed at providing an opportunity to the member states to share the best practices and new innovations in the field of mass media.

"The Union Cabinet, chaired by the Prime Minister Narendra Modi, has given its ex-post facto approval for signing and ratification of an agreement on ‘Cooperation in the field of Mass Media’ between all the member states of Shanghai Cooperation Organisation," the Ministry of Information and Broadcasting said.

It said the agreement, which was signed in June, 2019, would provide an opportunity to the member states to share best practices and new innovations in the field of mass media.

The main areas of cooperation in the agreement are creation of favorable conditions for wide and mutual distribution of information through mass media in order to further deepen the knowledge about the lives of the peoples of their states.

"Cooperation among the editorial offices of the mass media of their states, as well as among relevant ministries, agencies and organisations working in the field of mass media, specific conditions and forms of which shall be determined by the participants themselves, including through conclusion of separate agreements.

"The agreement shall promote equal and mutually beneficial cooperation among professional associations of journalists of the states in order to study the available professional experience, as well as to hold meetings, seminars and conferences," the Ministry said.

It will assist in broadcasting of television and radio programmes and those, distributed legally within the territory of the state of the other side, the legal broadcasting by editorial offices of materials and information, if their distribution meets the requirements of the legislation of the states of the sides.

The Ministry said the agreement will encourage the exchange of experience and specialists in the field of mass media, provide mutual assistance in training media professionals and encourage cooperation among the educational and scientific research institutions and organizations operating in this field.