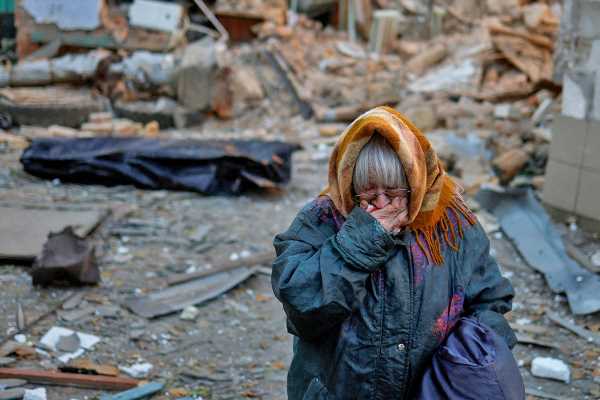 India has maintained communication with both Russia and Ukraine.
It is time Narendra Modi steps up on the world stage and plays the role of peacemaker, suggests military historian Colonel Anil A Athale (retd). 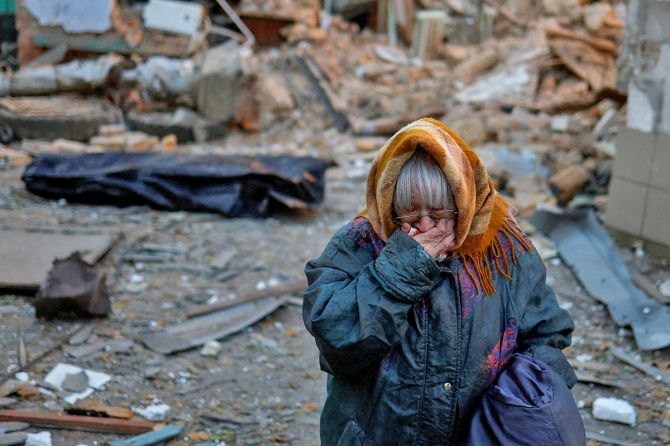 Any student of world history is struck by a sense of deja vu when surveying the world situation in 2022.

The mind goes back to the repeat of scenarios that were present a hundred years ago on the eve of the First World War.

Similarities between the two situations are striking and uncanny.

At that time, Turkey was nicknamed the ‘Sick Man of Europe’. Today that title fits Russia.

Then the Turkish empire was crumbling and there was a scramble to grab portions of it.

The war in Ukraine, the war between Armenia and Azerbaijan, and the instability in the entire Central Asian region is akin to what was then happening in the Balkans.

The comparisons don’t end there. Like in 1914, when Germany was an emerging power that was challenging the established powers like the UK and France, today we have China playing that role. Historical comparisons have their limitations and no two situations can be exactly alike.

The First World War, despite the grandiose title, was essentially a European war with some fighting in the Middle East and Africa.

As a matter of fact, the war had very little economic impact on the rest of the world.

Indian reinforcements at a crucial time saved the British in July 1918 during the German offensive (the Marne Offensive).

The Russia-Ukraine war, though confined to Europe, is having global economic and political repercussions.

The world is far more economically integrated today. In addition, due to the existence of nuclear weapons capable of world destruction with Russia, the whole world is hostage to events in Ukraine.

Many analysts see the similarity with the Cuban Missile Crisis of October 1962.

This is false as the Cuban crisis was virtually a ‘bloodless’ event with no actual use of force.

It was also a two-person ‘game’ in that Cuba and its leader Fidel Castro hardly played any role in the decision-making.

A multipolar world with several nuclear powers is today’s reality. The current Ukraine crisis is closer to the near nuclear war scare that the world faced during the Arab-Israel war of 1973. Like the Ukraine war, at that time as well there was a shooting war between Israel and the Arab States.

Although both could then be called ‘client’ States of the superpowers — the US and the then USSR — they nevertheless did take independent decisions.

The present situation resembles the situation on the eve of the First World War and the Arab-Israel War of 1973.

The situation is thus extremely complicated and volatile.

The Western media is spinning tales of ‘stability’ and the myth of Russian President Vladimir Putin being a ‘rational actor’ etc to deny the grave danger.

The obvious attempt is to deny the danger so as to rob Putin of the ‘deterrence’ value of his threat of using nuclear weapons.

In this cat-and-mouse game, the chances of miscommunication are ever present.

A weakened Russia, in the long-term view, will destabilise all of Central Asia.

The resultant power vacuum will be filled by either Iran, Turkey, or China.

The West neither has the manpower nor the will to engage in this contest.

The elephant in the room is that a weak Russia may lose its eastern provinces to China.

With vast natural resources and its sparse population, the region will fall into Chinese hands like a ripe plum.

A resource and population-rich China that will thus emerge will dominate the world. Is this the outcome that the West wants?

The West’s feigned moral outrage at the Russian invasion is fake.

In the last decade itself, Western powers have caused the wanton destruction of Iraq, Syria, Libya and Afghanistan, with not even a fig leaf of an excuse for a security threat. President Putin is banking on ‘General Winter’ to turn the tide in his favour as it did in history when Napoleon and Hitler invaded Russia.

He is calculating that without Russian energy supplies a freezing Europe (and Ukraine) may lose their enthusiasm to resist his ivasion. But should that fail, one must expect the use of tactical nuclear weapons by Russia. There is thus a very small window of opportunity to act to prevent the catastrophe of nuclear war.

If ever there was a dire need for ‘Shuttle Diplomacy’ of the kind seen in the Middle East, it is now!

India today is moving towards that goal having recently replaced Britain as the fifth largest economy in the world.

India is also an aspirant for a permanent seat in the United Nations Security Council.

With its civilisational motto of Vausdhaiva Kutumbakam (the whole world is one family) and the legacy of Buddha, Mahavir and Gandhi, India must take initiative on the world stage to stop the Russia-Ukraine war from degenerating to the use of nuclear weapons.

India has maintained communications with both Russia and Ukraine and is ideally suited to carry out this role.

It is time Prime Minister Narendra Modi steps up on the world stage and plays the role of peacemaker.

We can seek the cooperation of European powers like France that have taken an independent, more nuanced, view of the situation.

It is not difficult to convince the US to fall in line in view of the long term dangers that the collapse of Russia presents to American interests.

Colonel Anil A Athale (retd) is a military historian and author of the 1997 publication Nuclear Menace: The Satyagraha Approach.
His earlier columns can be read here.