C Raja Mohan writes: Don’t hold your breath. For all the political hype, SCO has failed to deepen regional cooperation in Central Asia. 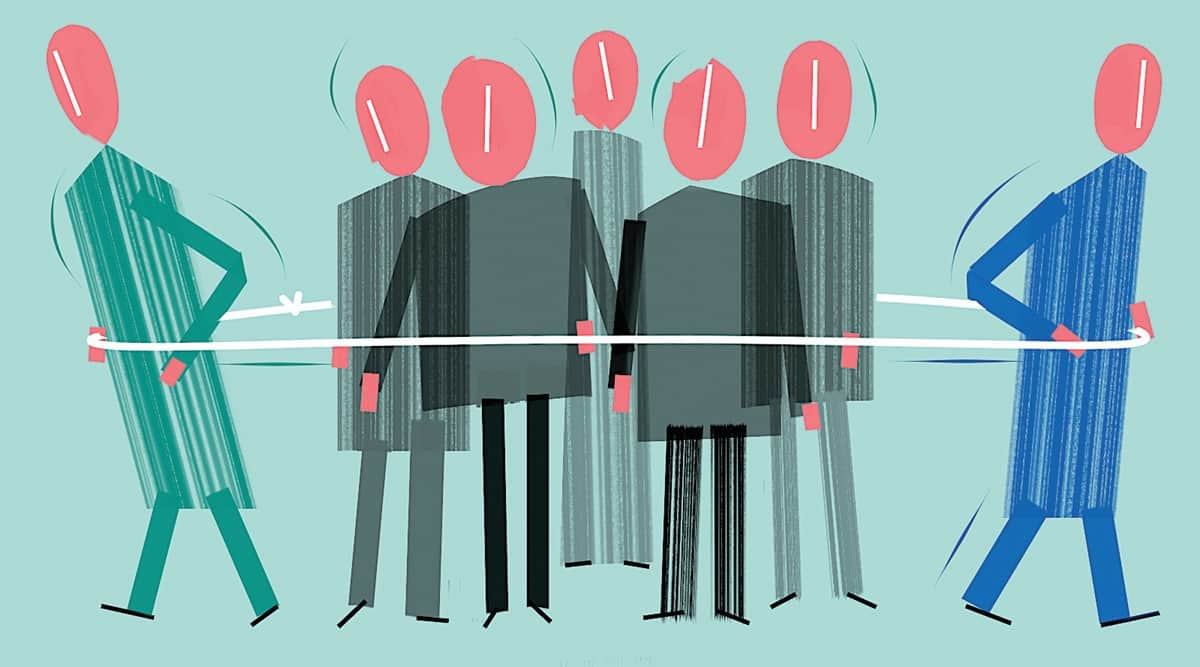 On the face of it, the summit meeting of the Shanghai Cooperation Organisation this week in Dushanbe, Tajikistan, is well placed to lead the stabilisation of Afghanistan after the American retreat and the resurgence of the Taliban. Don’t hold your breath, though.

For all the political hype, the SCO has not deepened regionalism in Central Asia. It does not shine in comparison with its peers in East Asia and Europe. Two decades after its formation — it was set up just weeks before the 9/11 attacks on New York and Washington — the institutional promise of the SCO remains just that — a promise.

Seen from the subcontinent, the SCO certainly looks better than the South Asian Association of Regional Cooperation (SAARC). That India and Pakistan, whose differences have prevented even regular meetings of SAARC, are actively participating in the SCO, would point to its attractiveness. But then SAARC is such a low bar.

To be sure, the crisis in Afghanistan presents a major opportunity for the SCO to realise its regional ambitions. The SCO’s importance for Afghanistan seems self-evident when you look at its sponsors and members. Its founding leaders are the two great powers of the east — Russia and China. Its other initial members were Uzbekistan, Tajikistan, Kyrgyzstan, and Kazakhstan to the north and northeast of Afghanistan. India and Pakistan were inducted as full members in 2017.

Besides Afghanistan, Iran, Belarus and Mongolia are observers. Iran is said to be on track for full membership. The SCO has a number of “dialogue partners”. They include Armenia and Azerbaijan from the neighbouring Caucasus region and Turkey a step further to the West.

Nepal and Sri Lanka from the subcontinent and Cambodia from southeast Asia are also dialogue partners. For an organisation that bears the name of Shanghai, but is focused on Central Asia, its associates look disparate.

The SCO is expected to add Egypt, Qatar, and Saudi Arabia as dialogue partners. That diversity affects coherence is a major feature of regional institutions. As it broadened its membership, the SCO has, unsurprisingly, struggled to deepen institutional cooperation.

There is also one important country missing in the mix. It is Turkmenistan, which shares an 800 km border with Afghanistan and a 1,150 km border with Iran. The organising principle of Turkmenistan rulers is absolute “neutrality” — think of it as an extreme form of “non-alignment”. It refuses to join any regional institution, political or military.

Russia’s effort to build a regional institution in its Central Asian periphery ran parallel to its plans for the so-called “strategic triangle” with China and India.

The Russia-India-China strategic forum, which evolved into the BRICS, was about blunting, at the global level, the American “unipolar” moment that followed the collapse of the Soviet Union in 1991. The SCO was about limiting American reach into Central Asia.

The SCO was preceded by the creation of a “Shanghai Five” — Russia, China, Kazakhstan, Kyrgyzstan and Tajikistan. The three former Soviet republics shared a long frontier with China. The purpose of the Shanghai Five was to stabilise this frontier as well as build on the shared Sino-Russian interest in preventing American meddling in their Central Asian backyard.

Would the US retreat weaken the glue that binds Moscow and Beijing in Central Asia or tighten it? Although Russia and China are closer to each other than ever before, their interests are not entirely the same in Central Asia.

While military confidence building measures have grown under the SCO banner, Russia had its own security organisation for the region, called the Central Security Treaty Organisation (CSTO). Three of the SCO members — Kazakhstan, Kyrgyzstan, and Tajikistan — along with Armenia and Belarus are members of the CSTO.

Russia sees itself as the sole protector of the former Soviet Republics and may not be ready to share that role with China — “yes” to coordination, but “no” to a Sino-Russian security dyarchy.

Moscow also appears reluctant to back Chinese proposals to promote trade integration under the SCO banner; it prefers the Eurasian Economic Union (EAEU) under its own leadership. China is not a member of either CSTO or EAEU. This is one reason for the weakness of SCO regionalism.

The Central Asian members of the SCO have quarrels of their own, and have struggled to develop collective approaches to their common regional security challenges. It is no surprise then that they are at variance on the Taliban.

Turkmenistan, which is not part of SCO, has been quite open to engaging the Taliban in sync with its principles of neutrality. Some Russian analysts see Turkmenistan as the potential weak link in the defence against the Taliban’s potential threats to the region. Uzbekistan seems open to a cautious engagement with the Taliban.

But Tajikistan, given its kinship with the Afghan Tajiks and direct links to the Panjshir valley across the border, has been sharply critical of Kabul’s evolution under the Taliban. Iran, which has ethnic and linguistic links with the Persian-speaking Tajiks, appears equally worried about the Taliban’s policies towards minorities.

Like Moscow and Beijing, Tehran was happy to see the Americans leave in humiliation and appeared hopeful of a positive engagement with the Taliban. Those hopes may have been suspended for now, if not discarded. India and Pakistan, needless to say, are poles apart on the Taliban.

Given this divergence, it is unlikely that the SCO can come up with a “regional solution” for the Afghan crisis. The only real Afghan convergence today is between Pakistan and China. Expect them to try and nudge the SCO towards a positive engagement with the Taliban. Most others have serious concerns.

While the SCO is not an impressive regional institution, it remains an important diplomatic forum. Delhi has sought to make full use of the SCO’s diplomatic possibilities without any illusions about its effectiveness.

At the SCO summit this week, Prime Minister Narendra Modi should remind other leaders of the “three evils” that the SCO set out to defeat — terrorism, extremism and separatism. Few would disagree that the Taliban embodied all the three sins in the past. Today, the Taliban and its mentor Pakistan say the sinner wants to become a saint.

While India must contribute to the collective effort at SCO to hold the Taliban and Pakistan to their promises, it will be hard to bet on success. Delhi must focus on finding common ground with those members of the SCO who do share India’s concerns about Afghanistan.

This column first appeared in the print edition on September 14, 2021 under the title ‘Don’t bank on Shanghai group’. The writer is director, Institute of South Asian Studies, National University of Singapore and contributing editor on international affairs for The Indian Express